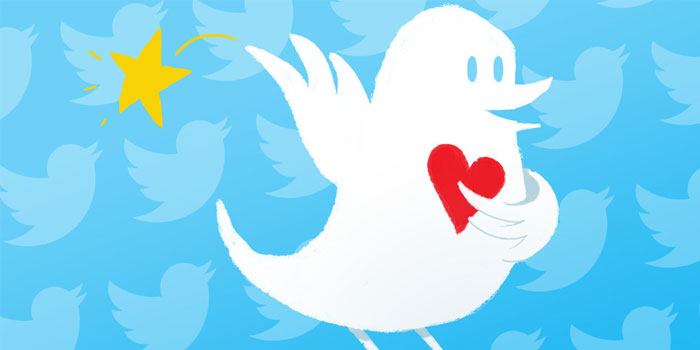 Twitter is all set to bring one of the biggest changes to its core experience in recent history. Remember those oft-use favorites, which are often used for reasons as varied as bookmarking? Those are about to be replaced by “likes”.

Likes will be represented by red hearts, an appropriate symbol rather than the star which represented their predecessor. The move will extend to Vine and Periscope as well, the platforms which fall under Twitter’s umbrella.

Favorites, as we know, have been around since 2006. Why this change all of a sudden?

We want to make Twitter easier and more rewarding to use, and we know that at times the star could be confusing, especially to newcomers. You might like a lot of things, but not everything can be your favorite.

The heart, in contrast, is a universal symbol that resonates across languages, cultures, and time zones. The heart is more expressive, enabling you to convey a range of emotions and easily connect with people.

And in our tests, we found that people loved it.

The simple action of “liking” has seen quite a lot of attention lately. Just a while back, Facebook showcased a new trial method of conveying animated emotions via interactive symbols.

Favorite was certainly a very paradoxical feature, being used to convey interest to acknowledging existence. Starting out as a feature to bookmark tweets, it ended up being much more than that, after its potential was built upon.

With hearts, Twitter has tried to clear up that mess but breaking conformity doesn’t please people most of the time so it remains to be seen how it is received.

What do you think about the change? Do you ‘heart’ it?