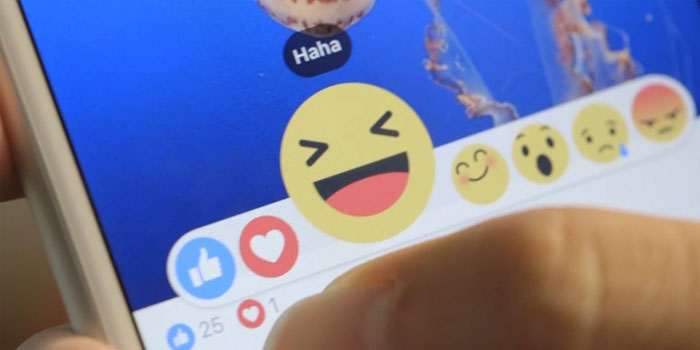 Back in September, Mark Zuckerberg hinted that Facebook users might soon see something that fulfills their demand of a dislike button.

“We’ve finally heard you and we’re working on this and we will deliver something that meets the needs of the larger community” he said. The time is finally upon us when all of the 1.5 billion of Facebook’s users get something other than the like button to show their responses and feelings.

The like button was problematic in situations where users had no other option than liking a post even if it was some bad news and required empathy. Facebook has officially revealed “Reactions”, an alternate solution to the long awaited dislike button. Reactions will include several emojis that express a range of emotions, much more than what a simple like or dislike button could do.

Facebook’s Chief Product Officer, Chris Cox, said that while users won’t get the dislike button, hopefully the new solution addresses the spirit of the request more comprehensively. Facebook has revealed that they studied users’ comments across the network to find out which one-word comments were used most often. The social network also used statistics for emojis used in comments to see which one were most popular. The teams at Facebook then worked on designing an experience that was elegant and made use of the information that Facebook retrieved from the users themselves.

Reactions currently include emojis for Like, Love, Haha, Yay, Wow, Sad and Angry. These can be used in all situations where previously Like button could be used. These include status updates, pictures, videos, pages you follow or the brands you like.

The new feature is currently under trial. Reactions will be tested in two markets initially which are Spain and Ireland. Adam Mosseri, Director of Product, said that these markets have been chosen for trials because the users in these countries don’t have much international friends which makes them ideal for closed group testing. The reason, obviously, is so that the reactions are used only inside the groups as they are not available to the users’ international friends. Facebook says that Reactions are still open to tweaks depending upon the feedback from the two countries.

Why Is Facebook Hesitant to Add a Dislike Button?

Why Facebook does not bring a dislike button? Well that question has been answered before as well. Facebook wants to promote positive interactions so that people keep using the network and don’t run away because of criticism, i.e. dislikes. It would also be a bad thing for brands, a camp that Facebook wants to keep happy. Besides, the new Reactions offer much more granulated quantification of feelings compared to just a dislike button. Emojis are universal so that definitely a plus too.

So, emoji with emotions are coming to curb our needs of emotional expressions without commenting. Of course, there were other ways to go about it than emojis, but at least it’s something beyond the Like era that we have become used to. Reactions will help fill a certain requirement in Facebook’s ad algorithms and help serve better ads to its users based on their reactions to everything on the social network.