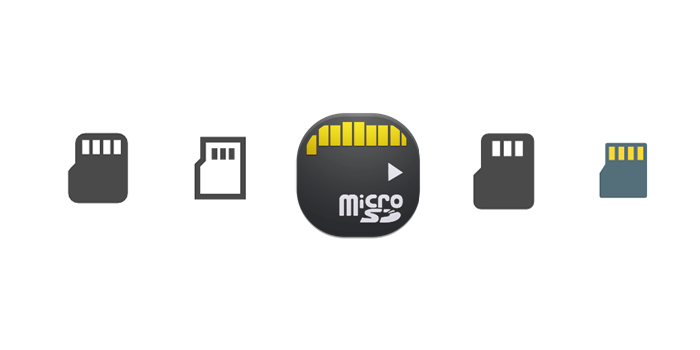 As more Smartphones enter the market, manufacturers have slowly started to scrape away one of the most crucial and coveted features in a handset; the microSD card slot.

There are two fundamental reasons why companies have started to do this; one focuses on their requirements of the consumer while the other focuses on generation of substantial revenue. Let us take a look at why smartphone manufacturers have slowly started to scrap away smartphone microSD card slots from their products.

They Slow Down the Overall Performance of the Smartphone

This statement is true to an extent and we will explain why. Several smartphones come with different internal capacity models and if they also feature support for microSD card slots, the choice is relatively easy for the consumer. They pick out the model that has the least amount of storage, and place in an external card. This way, the user gains access to more usable storage and saves money in the process. While this can be thought as a smart move on the consumer’s part, it is actually the complete opposite.

The internal flash memory of a smartphone is extremely durable and long lasting, which is the complete opposite case for a microSD card. The lower the flash memory count in a smartphone, the lower amount of performance you will end up getting, regardless if that phone boasts an octa-core processor and 4GB of RAM. This is because data is read and written from the internal storage, and as soon as that internal storage starts getting used up, it ends up degrading the performance of the smartphone.

Here is another thing to notice about consumer behavior. When they do head out to purchase a microSD card, they will often pick out that particular one that features the highest amount of storage and carry the lowest price tag. Most users generally do not care about the maximum read and write speeds of the card and they believe that they have made a wise decision on their part.

Here is the truth. The cheaper a microSD card happens to be, the more prone it will be to data corruption. As stated earlier, internal memory is highly durable so chances of data corruption on it are non-existent. However, the consumer will obviously not agree and blame it on the smartphone manufacturer for being responsible for data corruption on the microSD card. If you do head out to purchase an external card for your smartphone, always remember that if you want to get the best combination of speed, life span, and storage, then you are going to have to spend slightly more than what you are used to, and that is picking out storage cards belonging to reliable brands such as Samsung, SanDisk and Transcend.

Kingston is also a reputable brand, but it sacrifices speed for price.

Smartphone Manufacturers Can Start Charging Premium Prices for Their Products

Smartphone manufacturers easily take advantage of this approach by charging consumers premium price and generate substantial amounts of revenue in the process. For example, the base model of an iPhone 6s is 16GB, and in order to purchase the 64GB model, you will have to spend $100 more just for that extra storage. Other models that come with 32GB of storage might be sufficient for some users, but there are those that like to carry around immense amounts of content in their handsets and for that, they require the extra storage.

While the consumer also needs to be educated that they cannot always choose to go down the inexpensive route, companies should also be reminded that their primary objective is to provide their clientele with a great product and not just to skim them of their hard earned money. According to Hugo Barra, the Vice President of Xiaomi, which happens to be the 3rd largest smartphone OEM in the world (with 35 million phones sold in 1st half of 2015):

For high performance devices, we are fundamentally against an SD card slot. You think you’re buying like a Kingston or a SanDisk but you’re actually not, and they’re extremely poor quality, they’re slow, they sometimes just stop working, and it gives people huge number of issues, apps crashing all the time, users losing data, a lot of basically complaints and customer frustration. It’s gonna be a while before you finally accept that maybe the reason why it’s not performing is because you put in an SD card, right? You’re gonna blame the phone, you’re gonna blame the manufacturer, you’re gonna shout and scream and try to get it fixed, so many different ways until you say, ‘Actually, let me just take the SD card out and see what happens.

This statement targets both the consumer as well as the financial interest of all smartphone manufacturers. So should you avoid going after a smartphone that offers you an option to expand your storage? Absolutely not, but you also have to make sure that when you do purchase a microSD card, you must invest a great deal in it, otherwise you will definitely regret it in the future.