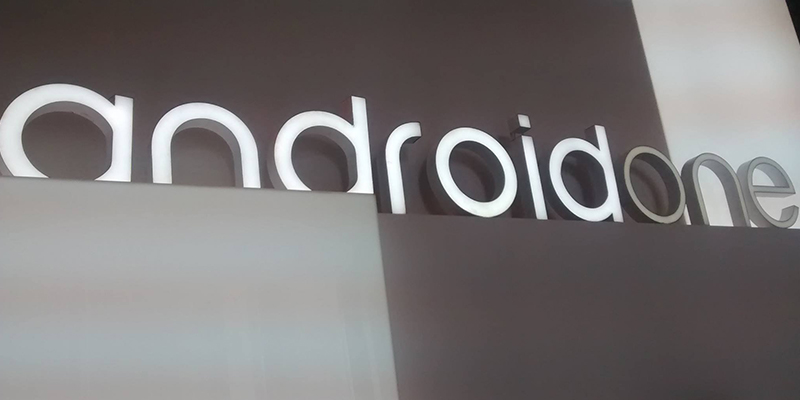 Google’s Android One project was supposed to bring the vanilla experience to the masses along with regular updates, by targeting the entry level market. Android One came to Pakistan and other developing countries in a bid to shore up smartphone adoption rates.

A Solid Idea Held Back by Hardware Restrictions

All didn’t go according to plan as what Google thought was an adequate price range turned out to be too expensive for consumers. The restrictive specifications also prevented the manufacturers from bringing multiple devices under the Android One programme. Turns out, Google has no plans to give up yet.

These devices were supposed to bring quick security and feature updates, decent hardware and data saving features but the programme never really flew off the ground. According to Wall Street Journal, Google will soon relax its rules and give its partners more options when choosing features and price.

The new One devices could cost half as much as last year’s devices thanks to the cheaper components. Of course, this could happen the other way around as well with users getting hands on higher specced devices under the programme. Google won’t limit the manufacturers from using their own choice of chipsets and it’s easing the restrictions on other components as well.

The new Android One devices could cost half as much as last year’s devices thanks to the cheaper components.

Previously, Google was forcing the manufacturers to use specific components from specific suppliers. Decent specs ensured that the One devices could run the latest Android versions. Restricted hardware components meant easier updates but Google is now willing to put more effort in software development by relaxing the rules.

What does this mean for OEMS and phone makers?

Phone makers will now be allowed to choose the suppliers and components of their choice. They will have the choice of using Qualcomm and not just Mediatek. Camera sensors will come with more options as well and phone makers can choose from up to five different sensors.

The new policy will help reduce the difference in manufacturing a normal device and a special Android One device. Currently, there is only one Android One smartphone is Pakistan. This new strategy should help increase the number of phone models available under the One branding.

What do you think, would you prefer the way things are at present or having more choice amongst different One phones is really a deal maker for you? Let us know in the comments below.