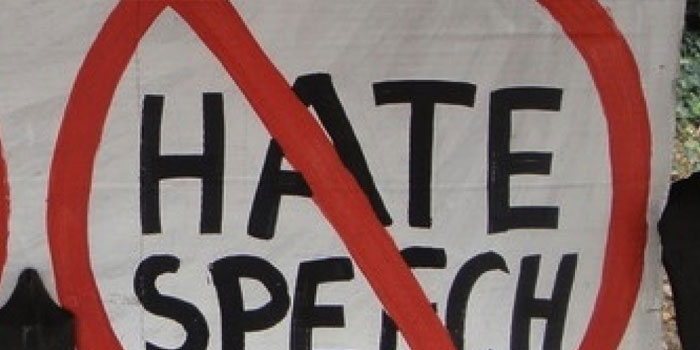 Pakistani anti-terrorism court has sentenced a man to 13 years of imprisonment after he posted, what is deemed to be hate speech, on Facebook. Rights activists have shown concern whether the ruling is justified as the case should have been conducted under a normal court.

The person deemed guilty, Saqlain Haider, is 32 years old and used to run a small hotel in Chiniot, a district South of Islamabad. The culprit was also fined Rs 250,000 ($2,300) for “posting hateful material against companions of the Prophet of Islam on Facebook”. The information was revealed by an officer of the Counter Terrorism Department on the condition of anonymity.

According to the sources, the convict was arrested on 27th of October after locals of the area complained about his activities. He was charged for “spreading sectarian hatred under various clauses of the anti-terrorism act”, said another official of the Counter Terrorism Department. Saqlain was bailed on 28th but was arrested again on the 21st of November after the court’s final verdict.

Saqlain Haider was sentenced to 13 years in prison and Rs 250,000 for “posting hateful material against companions of the Prophet of Islam on Facebook”

Similar activities were indeed tolerated a few years ago, but the courts have become far more strict since the inception of the National Action Plan to counter terrorism after the tragic attack on the Army Public School in Peshawar.

While Saqlain, a Shia Muslim, was convicted for spreading hatred and disrespecting the companions of the Prophet, there have been other similar instances related to followers of other sects. In May, an Imam from a mosque in Kasur was sentenced for 5 years in prison for inciting hatred against a local Shia community. In October, a former leader of a banned sectarian party was put in jail for six months as well.

A human rights group, Bytes for All, said it had not been able to get much info on Saqlain’s case. The group stated that “We are extremely concerned that an anti-terrorism court has been used to hear a case apparently related to online speech rather than to any violent activities”. A spokesperson of the organisation said that Pakistani Taliban and sectarian groups like Lashkar-e-Jhangvi have been inciting hatred on the social networks.

Pakistan Telecommunication Authority has blocked hundreds of militant and sectarian websites and social media accounts but they have not been able to catch the culprits and the same people keep on working under different names. Of course the major problem here is locating the culprits which is very difficult without detailed information from the social media websites and the accuracy of the information.

Bytes for All states that this is the first case of conviction even though there have been multiple blasphemy cases brought up against social media users. Blasphemy is a very sensitive issue in Pakistan. Not too long ago, a factory was torched after one of its employees was accused of the charge.

Indeed, there is a need for educating the population to go and file police complaints instead of taking matters in their own hands, which often causes tragic incidents where the real culprits with hidden agendas go unnoticed.