While the nation is at war over the Nargis Fakhri’s ad that appeared in Urdu newspapers yesterday, marketing gurus are describing the move from Mobilink as one of the best in recent times.

It is very unlikely for you to not have noticed the ad, either in papers or on your timelines, but in case you have been living under a rock, Urdu newspapers yesterday went ahead and publish the in-content artwork of Nargis Fakhri holding Mobilink’s Jazz X phone on their front pages.

Sunday, usually a slow-news day, became a battlefield for Pakistani nation that took to Twitter and Facebook to share the ad and of course the commentary to express their intellection.

Nargis Fakhri, Mobilink and Newspapers trended several times over the past few hours where most people shared negative reviews about what they saw on their timelines.

Others appreciated Mobilink for stirring the pot and gaining maximum possible attention, as every individual shared the artwork on their timelines. Newspapers were, however, crushed for publishing anything for some bucks.

Below is a poll, where you can express yourself about the the said ad:

And here are few of the reactions from Twitter:

This is shameful. For those using a (photo shopped) woman as a tool to sell phones. And the seths 4 printing it. pic.twitter.com/ipvLTwqMWi

Battle lines are now drawn up over this ad in jang daily. Lol

One picture of Nargis Farkhri and the whole country goes bonkers.

Mobilink ad team will get a raise, after winning so many hearts and minds. =)

Why so much cribbing and whining about the 'indecent' Mobilink ad. Honestly it could have been a LOT worse! #Pakistan

The people who call #NargisFakhri 's ad in #Jang inappropriate should check their browsing history first.

Woke up to find every 2nd person on my T/L tweeting that Nargis Fakhri front page ad. Offensive or not, advertiser's mission accomplished

Today's front pages #Express #Jang.Pak Media under fire on social media however #Mobilink has got wht it wanted pic.twitter.com/hbPHsElRbZ

Nargis Fakhri is a beautiful woman. The end.

A moment to appreciate all those who realised that Nargis is holding a phone in that advertisement.

All those complaining about Nargis's ad: Have you ever seen the posters for the Punjabi movies in that same newspaper?

At least i find Nargis Fakhri's pic hot & alluring. No idea, why are people disliking it.

To be fair @Mobilink ad is a reflection of us as a society. We objectify women in our literature, references & traditions. We are all guilty

And some were strong enough with their observations: 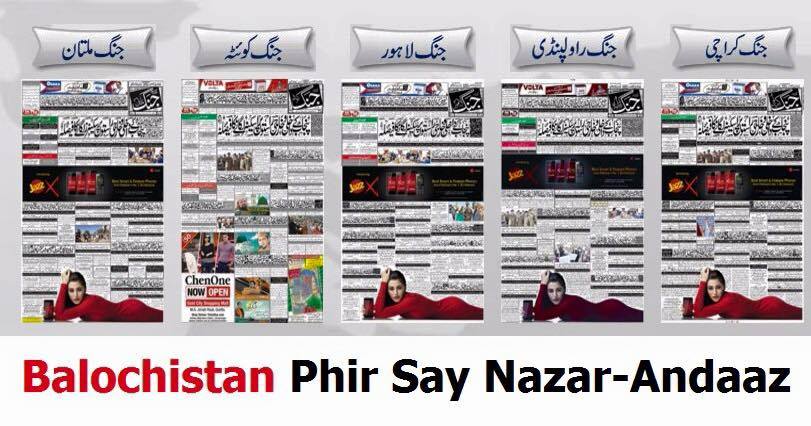