Mobile phone companies, after the emergence of 3G/4G services, are striving hard to win customers from each other by offering attractive packages of voice and SMS including free calls — even off-net — and unlimited SMS bundles to their customers.

With 3G/4G services, OTT (Over The Top) services have become a major challenge for the operators to keep up with their their traditional voice and SMS traffic and corresponding revenues.

Availability of high-speed data on mobile networks has enabled the smooth provision of voice and SMS services through OTT channels. However, there is still a vast area of population still to be covered by the 3G and 4G LTE networks.

Moreover, penetration of Smartphones in Pakistan market is still hopping around 15-18%, leaving a good number of customers to resort to cellular voice and SMS services for their communication needs.

During all this, telecom companies keep on incentivizing customers by offering extremely low-priced voice packages, tailored for different segments of the society to keep their voice traffic — and corresponding revenues — at par.

Resultantly, despite increasing usage of OTT services, average outgoing minutes used by cellular subscribers per month increased by 19.2 percent from 219 minutes in 2013-14 to 261 minutes in 2014-15. 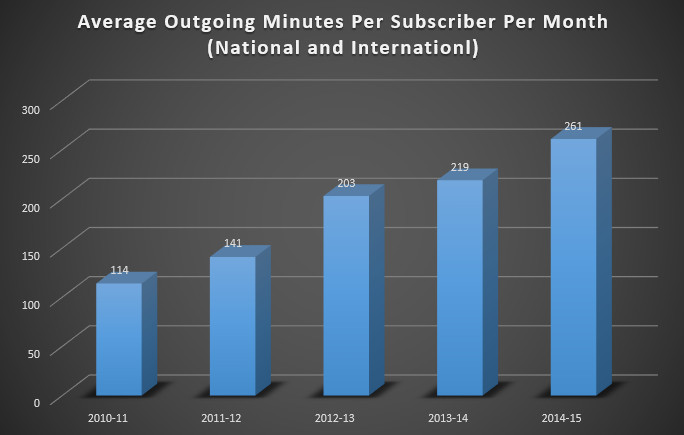 There has been a significance rise in the cellular to cellular traffic as the operators continue to provide more minutes per rupee due to competition and threat from OTT services. 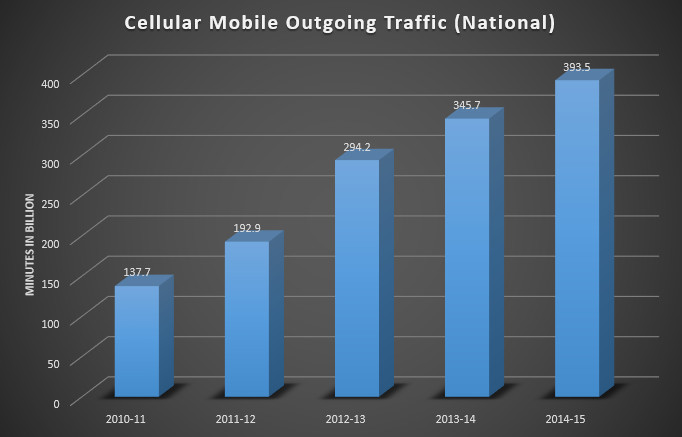 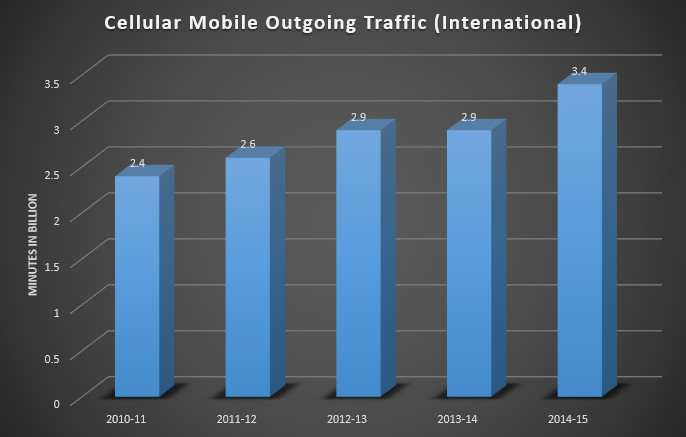 2014-15 saw the highest number of SMS messages exchanged in the history of Pakistani telecom industry.

In terms of SMS statistics, total of 393 billion SMS were exchange during FY 2014-15, as compared to 301.7 billion SMS during the same period last year, showing a whopping 30.3% increase. 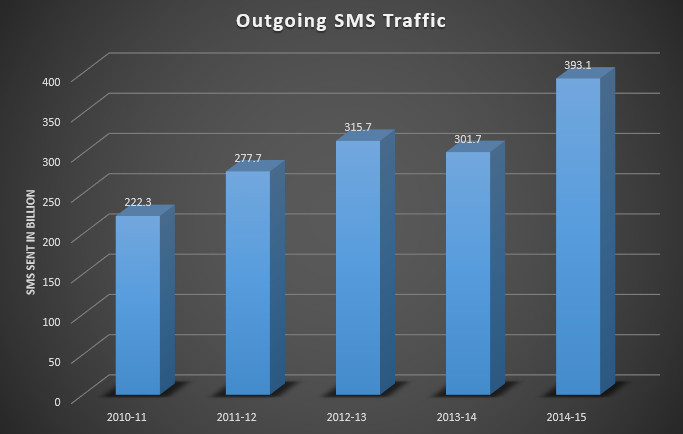 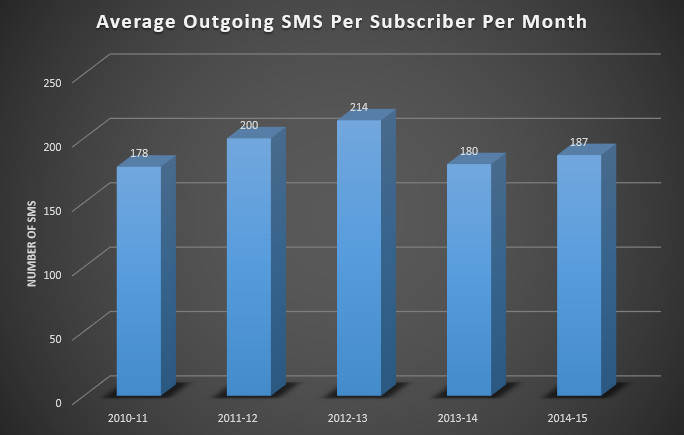 Note: All data and statistics mentioned above are provided by Pakistan Telecommunication Authority.