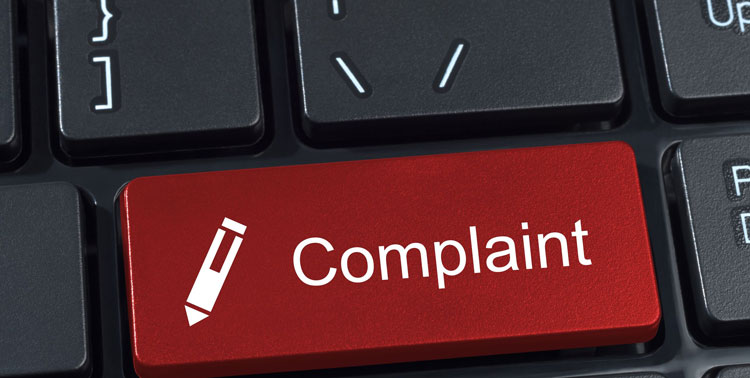 Pakistan Telecommunication Authority received a total of 40.445 consumer complaints against local telecom operators (including ISPs, mobile operators, LDI, WLL, and others) during FY 2014-15, out of which 15,593 were against PTCL while another 6,862 complaints were against Telenor Pakistan.

Note: Below data and statistics are from Pakistan Telecommunication Authority.

Majority of complaints, as mentioned above were against PTCL, while increase in complaints for CMOs were hugely due to biometric verification exercise.

PTA said that it successfully resolve about 99% of complaints during the year.

As one may imagine, majority of complaints against PTCL (almost 66% of total) were for fault in telephone lines/services. Other complaints included poor customer support, QoS, billing issues and provision of services.

Majority of complaints (45.3%) were pertaining to misuse of service, fraudulent and undesired communication (SPAM) from telcos and blocking of SIMs involved in SPAM messages. Other complaints were related to illegal practices and SIM verification. 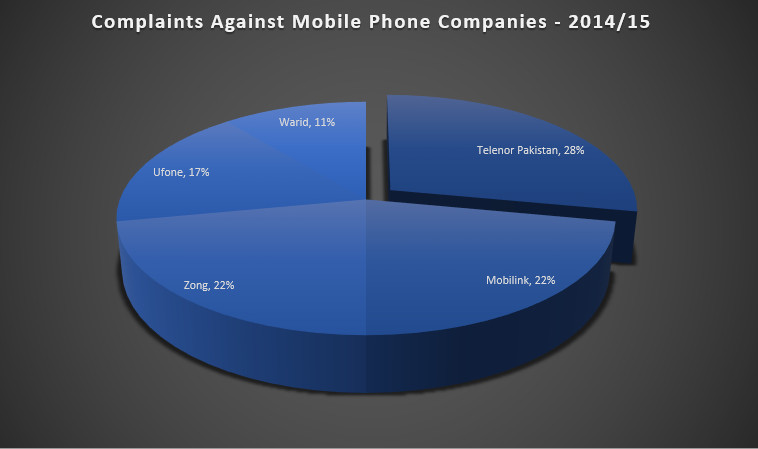 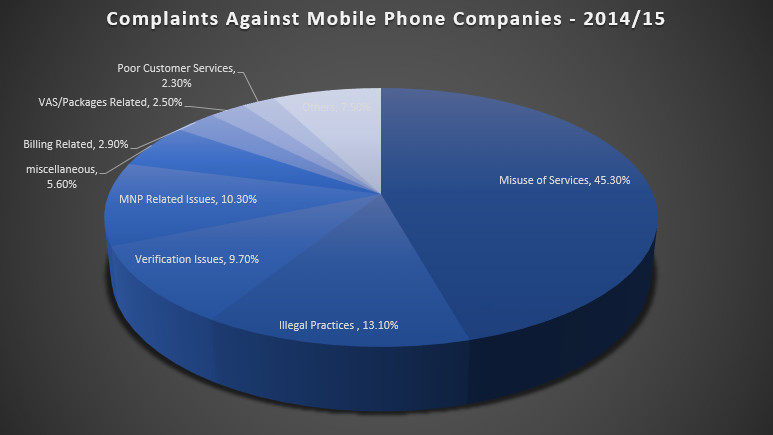