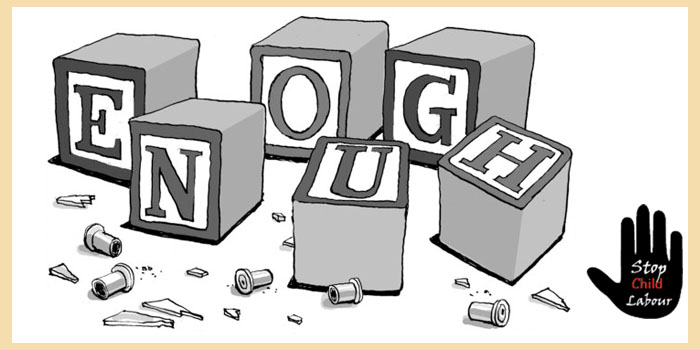 While many people around the world are worried about which new flagship gadget to buy, there are those who work for hours without breaks to build those flagships. Some of them happen to be young children.

A new report from Amnesty International claims that Apple, Samsung and Sony have consistently failed to perform the basic checks required of them to ensure that their partners in manufacturing are not taking advantage of child labor.

The Crux of the Child Labor Issue

The report is centered around cobalt mining in the Demographic Republic of Congo. Congo is the biggest source of the mineral mainly used in Li-ion battery production, which amounts to 50 percent of global production.

The report is based on interviews with 87 people, who claim that cobalt is being mined by children as young as seven in the African country. The raw material is then sold off to large mineral firms who contract these mining operations. Some of the companies named in the report are Congo Dongfang Mining, Zhejiang Huayou Cobalt Ltd and Huayou Cobalt. These companies process the raw material for smartphone makers and other companies manufacturing in South Korea and China.

Amnesty International claims that large manufacturers, including Samsung, Apple, Sony, Microsoft, Huawei and Lenovo, use the parts which contain the mineral mined in these operations. For their part, these companies which make billions of dollars in profit, cannot credibly confirm that their products possess no linkage to child labor.

The report claims that as many as 40,000 children work in Cobalt mines in Congo. Some of these children who were interviewed revealed shocking information. Most children work for 12 hours each day and get paid only $1 to $2 for all their effort. Children usually work above ground, they wash and carry heavy loads of rocks. Amnesty International’s report also claims that children are physically abused and exposed to hazardous gases during the process.

Amnesty International claims that large manufacturers, including Samsung, Apple, Sony, Microsoft, Huawei and Lenovo, use the parts which contain the mineral mined in these operations.

Mark Dummett, Amnesty International’s business and human rights researcher stated “Millions of people enjoy the benefits of new technologies but rarely ask how they are made. It is high time the big brands took some responsibility for the mining of the raw materials that make their lucrative products.”

It is ironic, unethical and a paradox that companies are making billions on the backs of child labor and have no firm methods to ensure these sort of things don’t happen.

“Underage labor is never tolerated in our supply chain and we are proud to have led the industry in pioneering new safeguards. We are currently evaluating dozens of different materials, including cobalt, in order to identify labor and environmental risks as well as opportunities for Apple to bring about effective, scalable and sustainable change.”

Samsung claims it has a “zero tolerance policy” on child labor and “contracts with suppliers who use child labour will be immediately terminated.”

Sony defended itself by stating that it’s “working with the suppliers to address issues related to human rights and labor conditions at the production sites, as well as in the procurement of minerals and other raw materials.”

The Chinese company Zhejiang Huayou Cobalt informed Amnesty that the company had “reasonably presumed that the behaviors of suppliers comply with relevant regulations of the DRC and taken the corresponding social responsibilities.”

The report claims that as many as 40,000 children work in Cobalt mines in Congo.

This is not the first time that these companies are being accused of such careless and cruel practices. Samsung has been accused of employing underage workers before, while Apple has made several headlines during the past few years for violating human rights and employing underage workers. The world needs to wake up and go beyond their favoritism for these companies. People need to force these manufacturers by protesting and boycotting their products until fool-proof methods are employed to fulfil all human rights requirements.