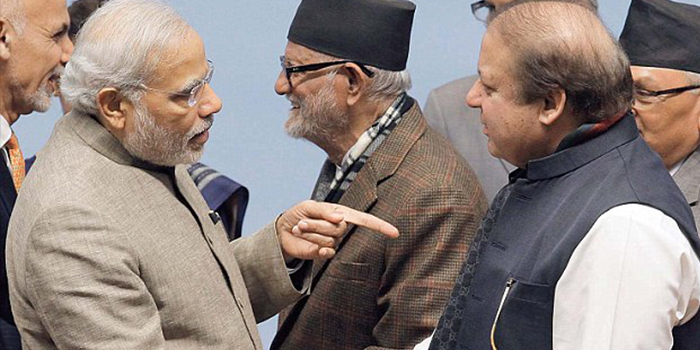 It’s no secret the Indo-Pak relations are schizophrenic most of the time. That being said, the latest rules present in the ‘new and improved’ India business visa for Pakistani entrepreneurs act as a barrier to trade and people-to-people contacts.

According to the new (and discriminatory) rules, only Pakistani business people with Rs. 1 billion worth of businesses and annual income of Rs. 10 lakh, are eligible to apply for the three-year special business visa that’s issued for SAARC nationals. And to top it all, the Pakistani entrepreneur must be a member of any Chamber of Commerce in Pakistan that is recognized by India.

One Step Back, One Step Forward

This visa is valid for multiple entries and now it will exempt Pakistani businessmen from reporting to the local Indian police, as was the standard practice in the past. However, this exemption is only valid for the special business visa for SAARC nations.

The visa is only valid for 15 Indian cities over a three-year period. Previously, the visa had a one-year validity, with only 10 cities in the approved list.

Other SAARC nations such as Sri Lanka, Bangladesh and Maldives are unaffected by the new ‘discriminatory’ visa rules. Bhutanese and Nepalese nationals don’t require a visa to visit India.

When will the New Business Visa Regime Come into Force?

The new visa rules are expected to come into effect from April 1st this year. They were formulated after input from the MHA and Indian intelligence agencies.

The two warring neighbors in the subcontinent have their fair share of grievances against each other, but this move smacks of selective discrimination. Jingoistic and nationalist forces across both the sides of the border may be pleased with this move as it has caused a setback for people-to-people contacts.

So what do you think? Is this move seen in the context of India liberalizing its visa policy given Indian Prime Minister’s push towards attracting entrepreneurs from nearby countries to invest in India? Let us know in the comments below.