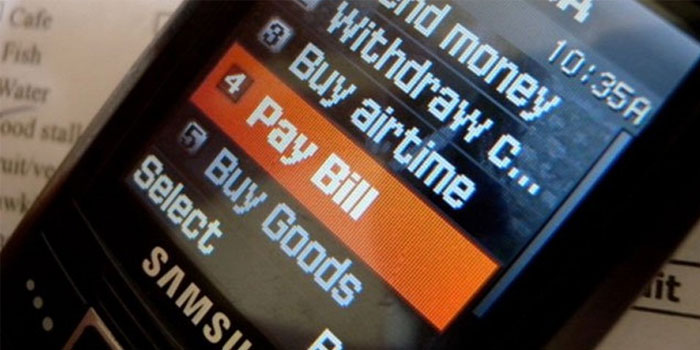 Old timers would know the history and evolution of the broadband industry in the country, of how hundreds of smaller ISPs, telcos, startups and other stakeholders worked real hard and created a demand for high-speed broadband DSL in Pakistan.

It took these small companies over 10 years reach to a point where the groundwork was laid and a clear demand for DSL services surfaced, culminating in the start of a digital Pakistan. It was during this time that giant players — who were previously silently observing the whole game play as a part of their strategy — jumped into the ring with strong financial muscle that no one could compete with.

Resultantly, due to deep pockets of the giant players, innovation in service and particularly strategic market positioning, smaller ISPs and startups — who had initially built the ground for broadband — were wiped out of the business.

Being a witness of that bigger game, I foresee the same situation in Branchless Banking (BB) industry at present that currently thrives on the following two major revenue streams:

It is important to understand the dynamics of Branchless Banking offerings to comprehend the overall scenario. So let’s get back to the basics to figure out that why branchless banking was invented in the first place.

How Branchless Banking was Invented?

Across the globe, the financial services accessibility remained restricted to a small set of the overall population due to various regulatory and other due diligence requirements. This created a need for developing a separate program / infrastructure with relaxed criteria focusing on the financial requirements of relatively lower segments of the society and thus paved way for branchless banking (BB) set-up to serve the financial inclusion cause for masses in a much better and improved way.

According to the World Bank, around 2 billion people don’t use formal financial services and more than 50% of adults in under-privileged segment are deprived of banking services. Financial inclusion is pivotal for poverty alleviation. Research has shown that the population’s access to financial services also increases their chance for savings and can have large long-term benefits. The idea of “commitment savings”, which restricts individuals from withdrawing funds unless they have reached a particular level, results in increasing productive investment and consumption, raises productivity and incomes, and increases expenditures on preventive health. It can also hugely benefit in empowering women.

In light of the importance given to financial inclusion and its proven benefits in poverty reduction, Pakistan has also taken several steps in this regard.

Introduction of a regulatory framework for microfinance banks, establishment of a specialized microfinance Credit Information Bureau, launch of nationwide financial literacy programme and subsidized lending schemes are some of the initiatives taken under leadership of the State Bank of Pakistan that demonstrate the serious interest in this segment.

However, in comparison to other players in this region, Pakistan is still in the early stages of the life cycle and there is a huge room for improvement.

There are three main aspects to building financial inclusion:

Pakistan had an abysmal percentage ranging between 7%-8% of customers having a conventional bank account at a financial institution in 2014 while this average stood at 45.5% for South Asia. This is clearly indicative of the state of financial inclusion in the country.

Other variables employed to measure the usage of financial services give a similar picture. Average borrowing from a financial institution was almost negligible at 1.5% whereas other South Asian markets stood at 6.4% for 2014.

Similarly, savings at a financial institution stood at a mere 3.3% for 2014 relative to the South Asian average of 12.7%.

Lack of awareness and trainings of such services is the biggest reason for such low percentages. The conventional belief of the larger population of the society on a tangible currency note as compared virtual space / cloud keeps them away from utilizing such services and maintaining their savings in their accessible reach.

Even the segment well-versed with virtual space did not utilize the potential of these services to their best. 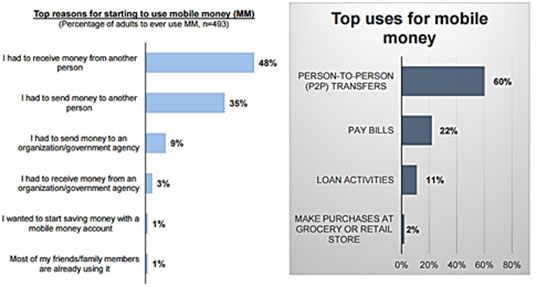 The Future of Branchless Banking

So evaluating the entire scenario, one can easily understand that Branchless Banking market is currently going through the development phase and has a clear correlation with the Broadband industry.

SBP recently announced its Financial Inclusion vision 2020, according to which they are planning to get 50 Million mobile wallets opened in next 4-5 years. Let’s evaluate this under the perspective where more than 8 Million wallets (including BISP wallets) have already been opened but only ~250K are active transacting customers. It’s unfortunate to see such a low number of users utilizing it.

Future projections based on this ratio would lead to the fact that transacting customers would remain at ~1 Million even if the total wallets reach 50 Million mark. While investments in the form of NFC Models, close loop payment ecosystem etc. have been made in this segment by start-ups and few major Telcos, the results are not too encouraging in terms of transacting customers.

This could be primarily because of the fact that people still believe in paying in cash, keeping tangible currency, using conventional banking tools (where possible). The lack of stronger checks in e-commerce industry further alleviates the problem since the community as a whole prefers to avoid online payments models against purchases.

Some 4-5 years from now, I foresee 2020 as the year by which behavioral changes and transformations in payment / spending mediums would take acceptable roots in the general society.

SBP is going to issue more and more licenses in PSP, BB space, with lots of new start-ups and corporate entities vying for the slice of the branchless banking space. There will be a time when masses will get their basic needs and requirements fulfilled through BB/PSP/Micro Finance players.

Just imagine the size of documented economy at 50 Million wallets with only PKR. 5,000 average saving deposits. That’s the point when the big boys would like to make their entrance on the dancing floor and huge activities will be shown in BB/Micro Finance/PSP areas. So till then, let’s wait and see how soon and how successfully this market gets evolved and developed.

Writer is Branchless Banking Head in one of the Largest of banks of Pakistan. He has over 15 years of experience in Telecom, FMCG and Digital/Retail Banking industries.