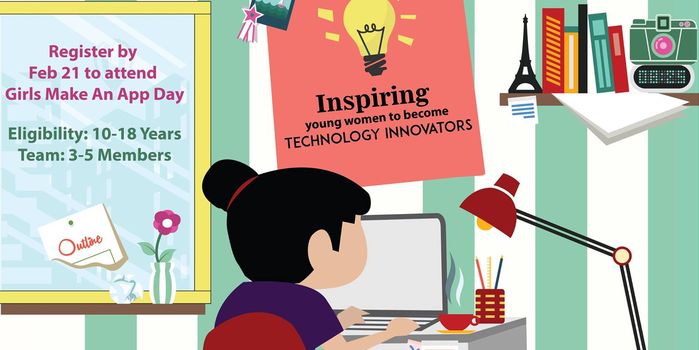 Pakistan Innovation Foundation (PIF) has partnered with Technovation to launch a mobile app competition in Pakistan. PIF is the regional Ambassador in Pakistan for Technovation Challenge 2016. It is a private sector-driven and donor-supported non-profit organization promoting innovation in the corporate sector and Pakistani society.

Technovation is a Silicon Valley-based app development competition powered by Iridescent, a not-for-profit organization helping engineers and scientists to help promote their fields amongst the youth of the world. The Technovation Challenge is an annual competition where young girls from around the world are given an opportunity to learn and become tech entrepreneurs.

Since Technovation’s inception in 2009, it has transformed from a 45-women strong in-person tuition program to a global competition where thousands of girls take part to become the next big tech entrepreneur. Technovation states that over 5,400 girls from 28 countries have participated in the challenge so far and developed 1,029 smartphone apps. Several of these girls have progressed to launch their own startup companies through Technovation.

Girls between 10 and 19 years of age can take part in the competition. Any prior coding knowledge isn’t required to become part of this challenge. However, university students aren’t allowed to participate. All participant girls can join or enter as 3-5 member teams. These teams will be guided by their coaches who will work with the assigned mentors. Coaches and mentors will be present to guide the girls throughout the process of problem identification, development and implementation.

The competition requires these teams to make a smartphone app targeted towards a community or social problem.

Signing up for Technovation Challenge 2016

To register for the program, as a competing student, coach or mentor, simply head here and sign up.

Note for Registered Contestants: Contestants will have to attend the “Girls make an app day” event where they will be given instructions and a demo of the development platform. PIF and industry mentors will also be helping the girls with their ideas.

The Prize: Winning teams from both divisions (details below) will get $10,000 in seed funding to launch their app.

Top ten global winners will be invited to present their idea at World Pitch in San Francisco. Four of these winner teams will come from the Primary School Division while the remaining six will belong to the Secondary School Division.