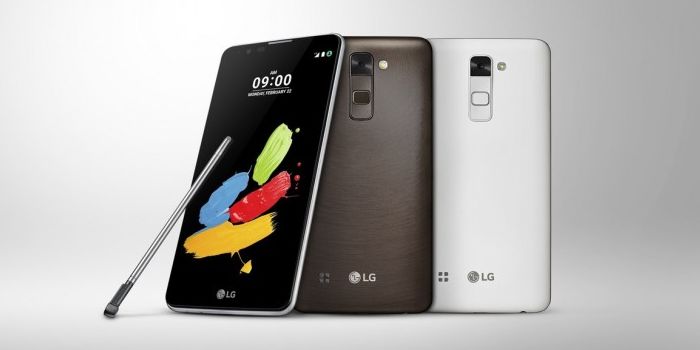 Almost everybody is aware by now that the LG G5 will go official at this year’s Mobile World Congress (MWC 2016). LG just announced its revamped X series of mid-rangers with unique features, but it seems LG wants to clear the way for its G5 by announcing the rest of the phones before the official unveiling. The latest one is LG Stylus 2. If the name looks familiar, its because LG released the LG G4 Stylus (LG Stylo) in May last year. And the Stylus 2 happens to be the follow up to that model.

The name is a giveaway to the main feature of the device, which, as you\ve guessed by now, features a stylus. The Stylus 2 will come with a nano-coated pen, an upgrade over the previous rubber-tip pen in the G4 Stylus. LG says the new pen will provide greater accuracy compared to its predecessor. The phone will bring a couple of proprietary pen-related features as well.

Pen Pop is the first one, which toggles a popup menu when the stylus is removed displaying shortcuts to Pop Memo and Pop Scanner, while the other one is Pen Keeper, which will display a message when the phone is detected in motion with the stylus bay empty.

Design-wise, LG Stylus 2 is a big upgrade over its predecessor. While the screen size remains at 5.7 inches with HD resolution, LG made the phone 2mm thinner and reduced its weight by 18 grams. It weighs 145 grams and is 7.4 mm thin. The phone still managed to add micro SD support, increased battery capacity within the confines of the metal frame that it comes with.

A 1.2 GHz quad-core processor (possibly the Snapdragon 410) along with 1.5 GB of RAM provides the oomph. There’s 16GB of internal storage which is expandable. The photography department has been improved as well. The phone features 13MP rear camera and 8MP front camera. Under the hood is a 3,000mAh removable battery.

LG Stylus 2 will come with Android 6.0 out of the box. What’s interesting is that LG says the phone will be “exceptionally priced”, though more details will be revealed at MWC. The phone will come in three colors with the traditional back button setup.