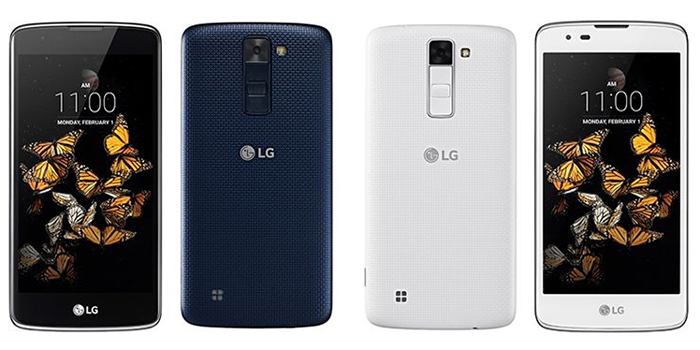 LG is apparently on fire just days before the start of the Mobile World Congress. The latest addition to the lineup is the new K8, which follows the K4, K7 and the K10 as yet another mid-ranger in the K-series.

For a mid-range device, the K8 comes with decidedly good specs. For one, you get a 5” IPS display with HD resolution. Like other new LG phones, this one runs on Android 6.0 Marshmallow, too.

Connectivity is boosted by Cat.4 4G LTE, while the design features volume and lock keys at the back. The chipset used is the mid-range MediaTek MT6735 with its four Cortex A53 cores clocked at 1.3 Ghz, accompanied by either 8 or 32 GB of expandable storage.

Towards the back sits an 8 MP camera with an LED Flash, along with a 5 MP shooter up front. Apart from LTE, you also get GPS, Wi-Fi and Bluetooth 4.2 for connections. A pretty average 2,125 battery can be found at the back.

A bunch of sensors including an ambient light sensor and a gyroscope can be found as well. Pricing and availability isn’t known right now. If priced reasonably, the K8 can be one of the best ways of experiencing Google’s latest and greatest on a smartphone.