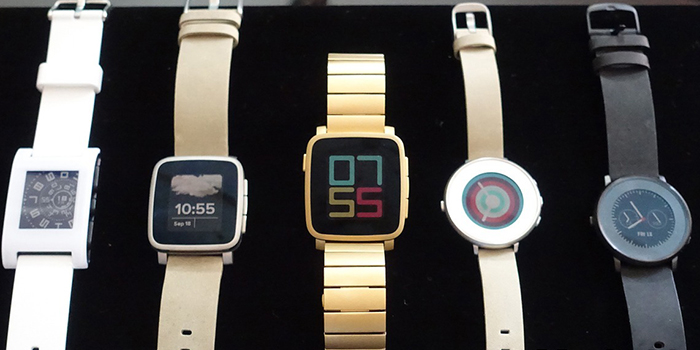 In the market for a new smartwatch? Well your decision just got a lot difficult, following a significant price drop from Pebble, one of the first major players behind the wearable revival.

The price cut affects the Pebble Time and Time Round, the newer versions of Pebble’s watches which are seeing their prices drop by $50 to $149.99 and $199.99 respectively. The third Time Steel variant is still retailing at $250.

The watches were originally crowdfunded on Kickstarter. The original Time comes with a 64-color e-paper display (a first), a microphone and an updated operating system. An LED backlight is there, too. Unarguably, one of the biggest features has been the battery life itself, which can last a maximum 7 days on the new Time.

The Time Round is essentially the same watch but with a 2-day battery life (with faster charging), and a thinner, round design with a 2.5D Gorilla Glass that clearly will appeal to a very different market segment.

Aside from the price decrease, the company also announced a few improvements for the fitness app in the watches, which will now bring enhancements to your running activities as well as a dedicated Health section in the smartphone app. This is a feature which 90 percent of Pebble users currently use now.

While the watch may not be cheapest around, it is still a good buy which targets a unique market segment. However, for longevity and better support, not-to-mention the showoff-factor, your better options are still the Android Wear counterparts which are now starting to appear in similar price brackets.