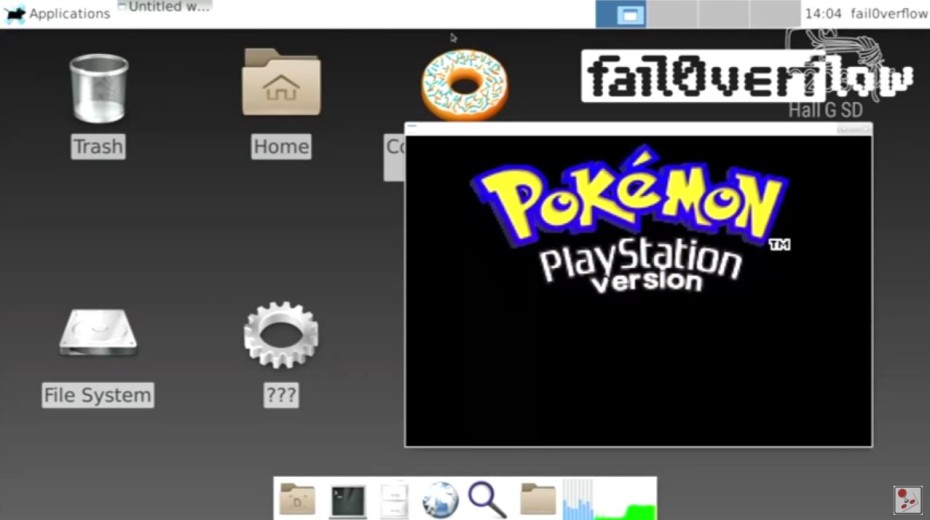 Previously, hacking group fail0verflow announced that it has successfully hacked Sony’s PlayStation 4 in order to run the Nintendo-based game Pokémon. Now, the group has provided a guideline on how you too will be able to boot Linux on your next-generation console.

The hacking group has been running Linux on Sony’s PlayStation 4 for quite some time now, and it is possible that it did not make a public statement so that it could check if running Linux would have any adverse effects on the console. On Twitter, fail0verflow states the following regarding their achievement:

“It’s worth noting that with the released kexec loader and kernel (and an exploit) you should be able to replicate our 32c3 demo.”

The 32c3 demo that they are referring to here is the demo that was shown at the 32nd Chaos Communication Congress event, which was held way back on 30 December 2015. During this event, the team showed that they were running Gentoo with Linux kernel 4.4, systemd 228, using the Xfce desktop environment, which is extremely light on system resources.

What do you need to run Linux on PlayStation 4?

In order to boot Linux on your PS4, you first need to make sure that you have the firmware version 1.76 and the ps4-kexec loader, along with the ps4-linux kernel. Also, you will need the leaked PS4 BadIRET kernel exploit. Before moving with haste, you will need to have a decent amount of experience in compiling kernels, otherwise there is absolutely no point for you to attempt this. You also have to keep in mind that while Sony has not stated anything concerning warranty, past experiences reveal that such steps always void the manufacturer’s warranty, and there’s also the risk of bricking your PS4, turning into an expensive paperweight.

For those feeling adventurous, the precise instructions for doing the hack can be found over the internet.

Does this mean that Linux games can be run on the console?

In limited cases, linux programs and games (as seen with the GBA emulator) can run. But given the experimental status of the hack, some of the hardware utilization bugs are still been thrashed out as we speak. However, you have to keep in mind that you will require experience in compiling kernels, not to mention that the team has not updated the public regarding future titles being playable on the console.

However, it looks like we will find out more in the days ahead regarding the implications of the PS4 hack. Expect a reply from Sony too as well.

Disclaimer: Propakistani is not responsible for the user trying these instructions out and their consequences.