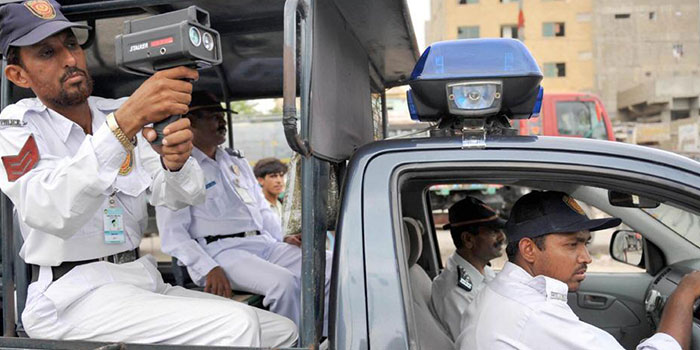 Almost a year ago, it was reported that Lahore traffic police were experimenting with an electronic ticketing system that would ease issues faced by both drivers and law-enforcers. And now, it seems like the Karachi police is also following suit. Printed evidence of the traffic violation is being dispatched to the offenders’ residence, after cross-checking the ownership of the vehicle through the license plate.

Essentially, traffic challans, along with their photo evidence have started being dispatched to the vehicle’s owner’s homes through courier services in Karachi.

Here is how TVES Works

Traffic Violation Evidence System or TVES (as the system is been called in other cities) might not be properly detailed on Karachi Traffic Police’s official website currently, but given below is sufficient evidence that this current website will be going live very soon.

A screenshot of Karachi Police website as seen here.

This is how the entire TVES process will work. CCTV cameras installed in various locations will be able to get a clear view of the vehicle’s number plates, recording any traffic infractions as they happen. Afterwards, the vital information surrounding the violator will be dug out of the Citizens Police Liaison Committee (CPLC) database using the license plate numbers of those who violated traffic rules.

Alternatively, mobile units manned by traffic police personnel will be taking photographs of offending motor vehicles in areas where CCTV coverage is non-existent or inadequate at best. 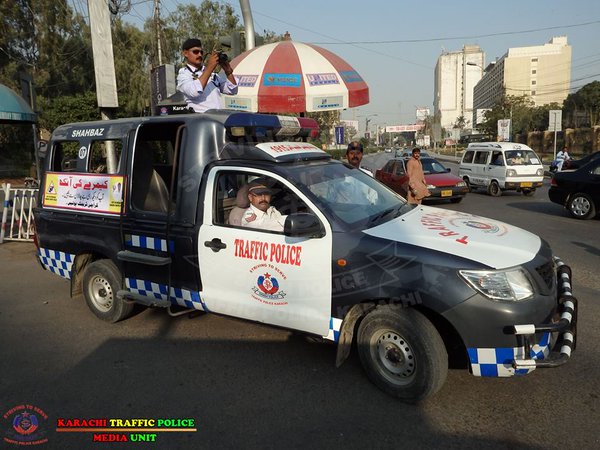 Once enough evidence has been collected, it will then be shifted to the TVES cell, which is currently present at the traffic police’s headquarters in Garden. If it appears that the vehicle owner has wrongfully operated outside of the law, then a ticket is immediately dispatched to his/her house address. The tickets will be delivered by traffic police officials via courier services.

The traffic police will also exercise extreme measures just in case the owner of the vehicle decides to slip up in clearing his/her dues. For example, the file of the violator’s vehicle will not be transferred in case they want to sell the car. Only when the fines have been cleared will the file transfer be possible on part of the car owner.

There are several locations present where the violator can conveniently pay their fines. It is possible that more locations are constructed in the future, and for additional flexibility, Karachi’s traffic police have also provided their contact details via electronic mail for updates, fine details and further queries.