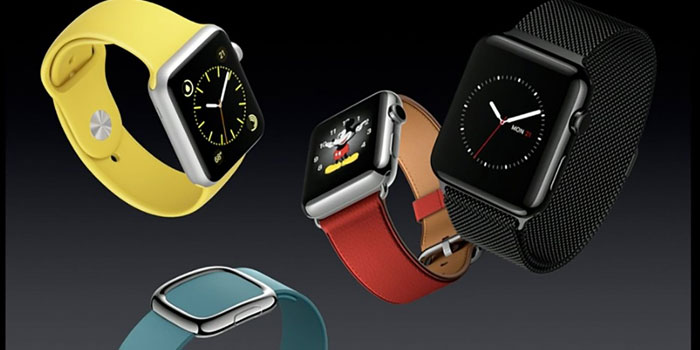 Although we expected Apple to announce a new model of the Apple Watch at its event, we haven’t got one despite it being quite a bit old by now. Instead, the company is adding a few bands and new design materials. Oh, and the price has also been dropped to $299.

A new nylon-based watchband has been added to the mix. The band features “four-layer construction” and will come in seven colours. It would look quite like a military band, if it were not for the neon colours. The Sport band is getting a new yellow version, to take the total to 22 colours, the leather bands with new teal and red colors, while the metalic band count remains at two. There is also a black version of the Milanese band.

But arguably the biggest announcement on-stage was that of the $50 price drop, which may not sound much but could do enough to push more people into the platform. This means that the 38 mm Watch now starts at $299, while the larger 42 mm at $349.

Honestly, after a year we expected something slightly more ground-breaking like a more sensitive display or an improved battery life. What we are getting is something unexpected, but we’ll still take it. Not-to-mention, the Watch still has the best ecosystem of any smartwatch around, which alone makes it quite a deal.