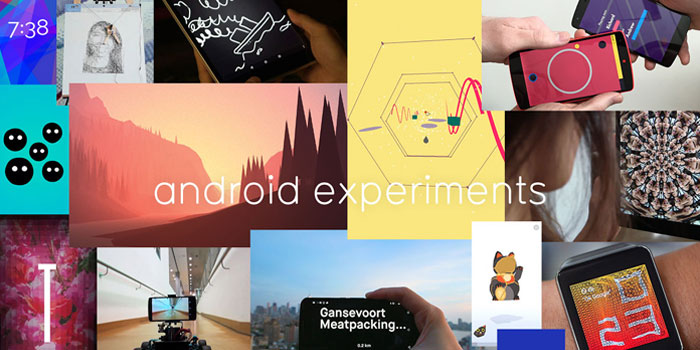 Google has been showing off its Chrome Experiments for quite some time. The platform provides developers of innovative extensions and apps to have their unique work showcased. Over time we have seen some pretty great stuff as part of Chrome Experiments at Google I/O events. Last year, the search giant launched Android Experiments, a place for developers to come up with their unique take on Android apps and some interesting experiments.

The company is now announcing the Android Experiments Challenge. Developers can submit their Android experiments on the development platform.

Every year, Google holds its three-day annual developer conference in summer. It used to take place at Moscone West in San Francisco, but this year it’s taking place in Mountain View at the Shoreline Amphitheater. The change in venue could mean that Google has come big things in store for this year’s event.

Submissions have to be made before April 13th to compete in the global competition. Google will be taking a look at these experiments and awarding winners based on their work.

Considering the prizes at stake, the competition is going to be tough. Participants will have to come with some pretty impressive experiments to win a prize.

In a blog post, Google has detailed what it considers a good Android Experiment. Google recommends:

In short, Google wants to be surprised with what the developer community can come up with. The apps can be for smartphones, tablets, smart watches, cars and even robots.

Where to Submit Ideas?

Those willing to take part in the challenge can go to the Challenge section at the Android Experiments website and submit their work. There’s no info on when the winners will be announced but they will most definitely be contacted before the Google I/O event in May.

In the current smartphone era, open source isn’t as popular as in other areas of the software development world. Events like these are held to promote open source mobile apps for the Android platform so that new developers can use the same code and come up with even better stuff.

More information on what’s required for a valid submission can be viewed at the Android Experiments website.