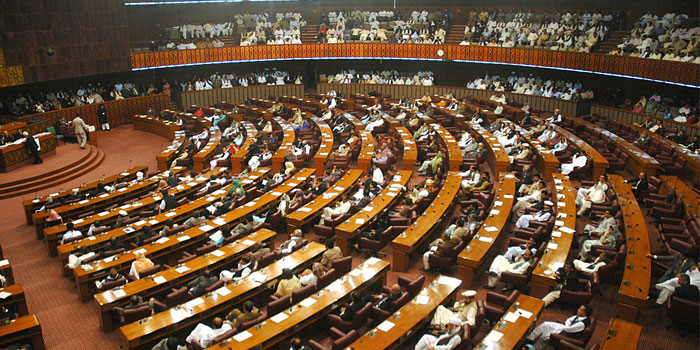 The controversial Electronic Crimes Bill 2015 has been approved by the National Assembly of Pakistan. It will now go to the Senate, which has to approve it before it can become the law.

The Cyber Crime Bill has been subject to widespread criticism by political parties and independent watchdogs alike for giving extensive powers to authorities as well as being against basic human rights.

Another giant stride towards Orwell's 1984. https://t.co/J9amvA1JtP

As we reported earlier, passing of the Cyber Crime Bill in the National Assembly was easy since the government is in majority there. The bigger hurdle is passing it through Senate, for which government will require assistance from other parties. With MQM and PPP being vocal in their opposition, it will be a harder task in getting it approved from the Senate.

Were Stakeholders taken into Confidence?

We should mention that the drafting and passing of the Bill has been anything but transparent. Members of the Senate Standing Committee weren’t even shown the final draft before it was cleared and sent to the NA for approval.

While the government invited the public and other stakeholders to suggest changes to the Bill to make it less draconian, virtually all of them were ignored and the Bill went through as soon as public pressure lessened. The result is a vaguely worded Bill that can be used to eliminate free speech and suppress dissenting opinion.

In its current form, digital rights activists and constitutional experts believe that online criticism of religion, the country, its courts, and the armed forces, are among the subjects that will be considered as a criminal offence under the Cyber Crime Bill.