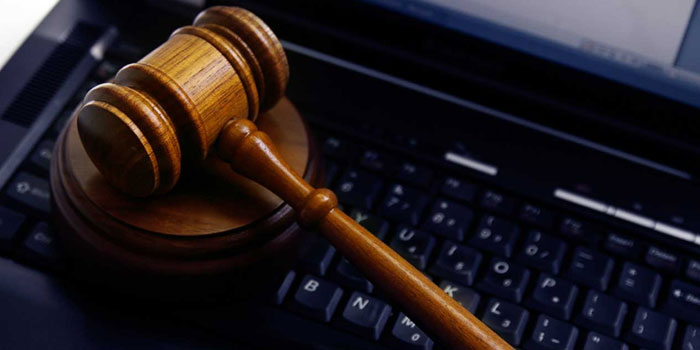 The Government of Pakistan has submitted the Prevention of Electronic Crimes Bill (PECB) 2015 in Parliament, which — according to Anusha Rehman, State Minister for IT and Telecom — has been finalized by the standing committee on IT and is now ready to be tabled in National Assembly.

ISPAK, PASHA and Bolo Bhi — in response to this cyber crime bill — formed a joint action committee to discuss the parts of the bill that, according to this committee, were secretly modified by NA Standing Committee.

Joint Action Committee alleged the NA Standing Committee for secretly modifying the bill that was earlier prepared by PASHA, ISPAK and other stakeholders, making the whole bill non-transparent and non-consultative.

Also Read: See What Cyber Crime Law Can Do to You – A Must Read for Every Internet User in Pakistan!

Offence against dignity of natural person

(1) Whoever, with malicious intent, knowingly and publicly exhibits, displays, transmits any electronic communication that harms the reputation of a natural person, threatens any sexual acts against a natural person; superimposes a photograph of the face of a natural person over any sexually explicit images; distorts the face of a natural person; or includes a photograph or a video of a natural person in sexually explicit conduct, without the express or implied consent of the person in question, intending that such electronic communication cause that person injury or threatens injury to his or her reputation, his or her existing state of privacy or puts him or her in fear for him or her safety shall be punished with imprisonment for a term which may extend to one year or with fine which may extend to one million rupees or with both.

(3) Any aggrieved person or his guardian where such person is a minor, may apply to the court for passing of such orders for removal, destruction or blocking access to such material referred in sub-section  (1) and the Court on receipt of such application may pass such orders as deemed proper in the circumstances.

Joint Action Committee opined against above mentioned sections and said that political criticism and political expression in the form of analysis, commentary, blogs and cartoons, caricatures, memes, etc., has been criminalized;

(3) Any person may apply to the court for issuance of a restraining order against an accused of cyber stalking and the court upon receipt of such application may pass such order as deemed appropriate in the circumstances of the case.

According to Joint Action Committee, with the proposed section any obscene or immoral messages on facebook, twitter, etc., have been made offenses without defining obscenity or immorality, thus giving sweeping powers to investigating agencies to implicate anyone on these charges.

As per this Section, Joint Action Committee said that posting of photograph of any person on facebook or Instagram without their permission is an offence.

Provided that the provision of this section shall not apply to the authorized testing, research and development or protection of any code for any lawful purpose:

As per this Section, according to Join Action Committee, any person who tests system security will be an offender;

(1) Whoever intentionally transmits harmful, fraudulent, misleading, illegal or unsolicited intelligence to any person without the express permission of the recipient, or causes any information system to show any such intelligence commits the offence of spamming.

Explanation.- “Unsolicited intelligence” does not include:

i. Advertisements authorized under the law;
ii. Intelligence which has not been specifically blocked or un-subscribed by the recipient;

(2) Whoever commits the offence of spamming as described in sub-section (1) or engages in direct
marketing in violation of sub-section (2), for the first time, shall be punished with fine not exceeding
fifty thousand rupees and for every subsequent violation shall be punished with imprisonment for a
term which may extend to three months or with fine up to one million rupees or with both.

Power to issue directions for removal or blocking of access of any intelligence through any information system:

(1) The Authority or any officer authorized by it in this behalf may direct any service provider, to remove any intelligence or block access to such intelligence , if it considers it necessary in the interest of the glory of Islam or the integrity, security or defence of Pakistan or any part thereof, friendly relations with foreign states, public order, decency or morality, or in relation to contempt of court, commission of or incitement to an offence.

Join Action Committee, while commenting on section 31, said that this gives the government/PTA unfettered powers to block access or remove speech not only on the Internet but transmitted through any device, limiting the media’s freedom and citizens’ right to expression.

(1) A service provider shall, within its existing or required technical capability, retain its traffic data for a minimum period of ninety days or such period as the Authority may notify from time to time and provide that data to the special investigation agency or the authorised officer whenever so required.

(2) The service providers shall retain the traffic data under sub section (1) by fulfilling all the requirements of data retention and its originality as provided under sections 5 and 6 of the Electronic
Transaction Ordinance, 2002 (LI of 2002).

(3) Any person who contravenes the provisions of this section shall be punished with imprisonment for a term which may extend to six months or with fine up to five hundred thousand rupees or with both.

Join Action Committee believes that Section 26, the definition of service providers – traditionally ISPs and telcos – has been expanded to now include any place that offers access to the Internet to the public, i.e., restaurants, malls, hotels, offices, airports, stations and the additional burden of retaining traffic data has been placed on them – and they can be punished for not doing so.

Joint Action Committee further said that fundamental principles of law, such as requiring intent, especially malicious intent to be established for conviction, have not been followed – in fact the requirement has been omitted from the modified version of this Bill.

This is true even for offences such as Cyber Terrorism, which carries a penalty of fourteen years imprisonment.

Committee feared that there is a grave danger of white-hat hackers, hobbyists, people who hack for academic purposes to identify security flaws in systems, or teenagers who for recreation (albeit wrongly) deface websites, could end up getting convicted as cyber terrorists.

Checks and balances on investigation agencies and officers have been removed, noted the committee. For example, requiring an investigation officer to obtain a warrant from court for search, seizure or arrest on the basis of a list of qualifications he/she was required to present before court, making clear reasons why the warrant should be issued, no longer exists.

Similarly, other safeguards that were previously built in, such as protection against self-incrimination and an accused’s right to know the charges against him/her, have also been omitted, said the committee.

The above provisions of the draft Bill in particular, and several others in general, violate fundamental rights of expression, freedom of media and due process as enshrined in the 1973 Constitution.

Action Committee said that in its current form, the draft Bill will not counter crime or terrorism; on the contrary it will lock-down the society, industry and the media; and will criminalize innocent citizens.

Committee demanded from the government: