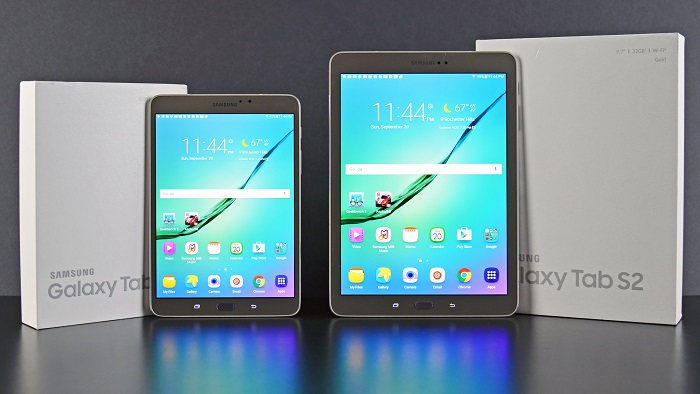 Samsung has announced two new variants of its upper-end Galaxy Tab S2 8.0 and 9.7 tablets. The models aren’t exactly an upgrade in every way, so we’re not sure they will replace the models they are following.

The changes made are far and wide if you take a look at the spec sheet. You get a new chipset under the display, a quad-core Qualcomm Snapdragon 652 with Cortex-A72, instead of an octa-core Exynos 5433. The 64-bit Snapdragon is made on a larger 28nm manufacturing process, and actually is behind by a significant margin when it comes to GPU performance from the included Adreno 510.

Worth noting are the superior LTE capabilities of the new chipset. Other change comes in the software department., which now runs on Android 6.0.1 Marshmallow out of the box. The rest is quite the same.

At the back sits an 8 MP camera which is capable of shooting 1440p videos, followed by a front-facing shooter and a fingerprint scanner on the front, which is embedded on the home button.