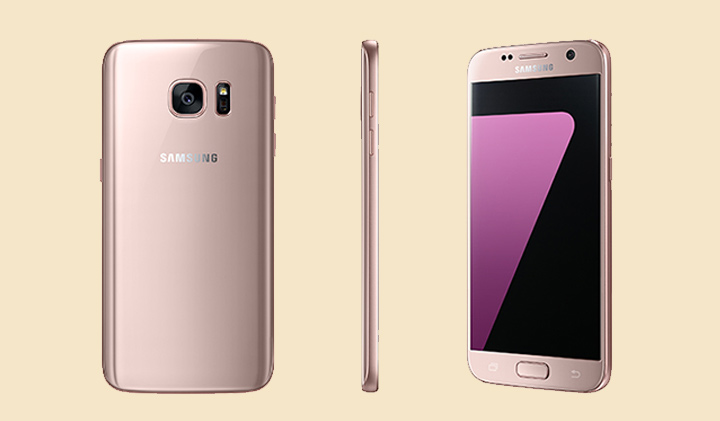 It is only natural that with Apple announcing the pink “Rose Gold” versions of the iPhone 6S/6S Plus, the iPhone SE and lately the new MacBook, others want some love too. It is no surprise then that the company is announcing the pink version of the Galaxy S7 and S7 Edge flagships, called the “Pink Gold”, accompanied by a discrete press release.

The natural color is said to be chosen because it “provides a sense of comfort”. The hues “glitter and shimmer” to produce an effect which makes it appear as if coming from within the surface.

It continues: “In particular, the refined Pink Gold color scheme is intended to soothe and incorporate a touch of gentleness, radiance and sophistication to the smartphones’ design.” So much for a color which will invariably draw comparisons from the iPhone.

Starting from the home market of South Korea, the model will be sold in select markets later on. However, it shouldn’t be too hard to get your hands on it if you’re interested, with online stores selling it.

The Rose Gold hue, mind you, is not new to Samsung by any means. Way back, the Note 3 was also launched with such an option already.

And of course, should you fall among the seldom-pleased, laid-back type, there are those pretty average-looking Black Onyx, White Pearl, Silver Titanium and Gold Platinum hues for your eyes to feast on already. At least, the design of the phone is already catchy enough on its own to attract attention, bling-bling or not.