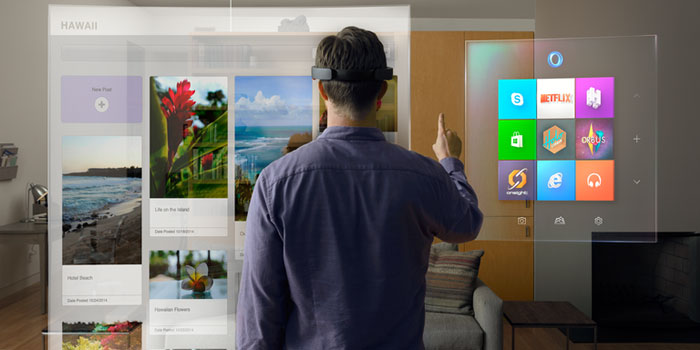 Microsoft’s HoloLens is one of the biggest news in tech in recent times and now Microsoft is announcing that the platform will be open to other companies as well. From now on, its holographic platform can be used to

In its demo at Computex, the company demonstrated the HTC Vive as running the holographic Windows 10 software which had been only restricted to the HoloLens till now. The users, who could see each other’s avatar on their headset collaborated on a project to digitally paint a motorcycle.

Just like PCs, the company looks to want to power the interfaces of the majority of the artificial and virtual reality devices around. As time passes, we should be seeing more and more competing devices from the partners and by 2020 it is expected that 80 million will be sold.

So far, a bunch of companies have joined the platform, including Acer, AMD, ASUS, Dell, Falcon Northwest, HP, Intel, Lenovo, MSI and Qualcomm among others. With major names involved, we should be seeing a healthier ecosystem (that is accessories, apps, headsets and more) get developed for Microsoft’s mixed reality platform.

All the headsets also had AI assistance from a bubble. To showcase its technologies, Microsoft also uploaded a video on YouTube to bring its vision to other people. If you think this is rather wishful, worry not, this is currently what’s possible through this technology.

The HoloLens hardware from Microsoft meanwhile is here to stay. It is just that through its announcement, Microsoft just guaranteed more support in the future.