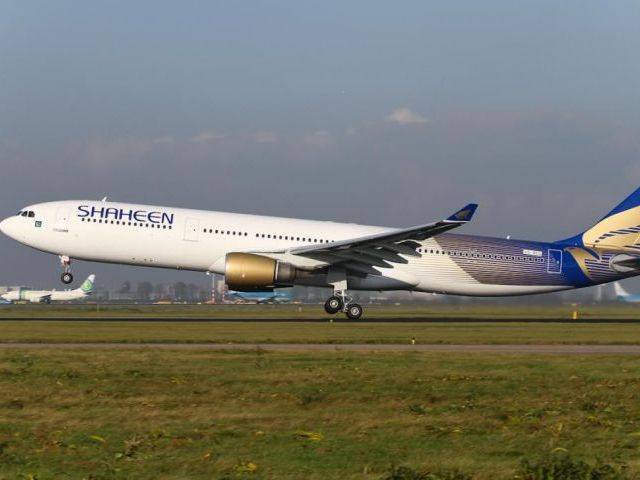 Today, an airplane belonging to Shaheen Airline was stopped in the nick of time before taking off. The plane in question was found with all its four tyres busted before take off at Lahore’s Allama Iqbal International Airport.

Reports coming in from the venue are saying that the plane had three of its tyres busted open before it could take off. This prompted the pilot to keep the plane on the runway.

Thankfully, no loss of life occurred.

Following the incident, Civil Aviation Authority and Shaheen Air engineers reached the spot and commenced rescue operations for stranded passengers in the plane.

The flight was bound for Dubai from Lahore. Thankfully the burst tyres were timely detected otherwise it the plane would have had to do a crash landing at its destination.

Not the First Incident of Its Kind

Shaheen Air has also been in the news previously for flying-related issues. Last year, a Lahore-bound flight from Shaheen carrying 121 passengers and crew had to make an emergency landing at the same destination.

Upon investigation, it was discovered that the pilot on board the flight was drunk and well over the minimum allowed blood alcohol concentration level for pilots. The pilot’s level was recorded at 0.82 while the allowable limit is 0.03.

Another incident occurred earlier this year. A Shaheen Airlines pilot refused to fly a plane because the aircraft had a hole in one of its wings. The flight was supposed to depart for Saudi Arabia from Peshawar.

Seeing the increasing incidents of mishaps involving airplanes and airlines in Pakistan, it is hoped that the CAA is doing something about enforcing strict rules for the service providers who transport thousands of people daily all across the country.