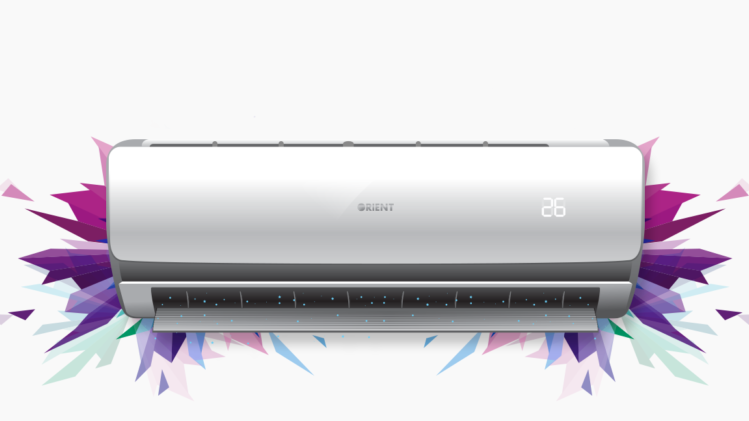 With the blistering hot summers that we see in Pakistan, Air conditioners are almost a must for everyone. Even the indoor temperatures get very high and life without proper cooling equipment is not easy.

We have previously explained the workings of DC inverter ACs and how they are different from conventional ACs. The electricity saving claims by manufacturers were also discussed previously.

Today, we will list 8 reasons that make ACs with DC inverter technology a must buy for the Pakistani consumers.

DC Inverter ACs save on electricity by starting with a low current draw and slowly varying (or increasing) it until the desired temperature is reached. Once the target is achieved, the inverter AC consumes very little current, which is just enough to maintain the temperature. Hence, saving on electricity bills and preventing extreme current draws.

ORIENT DC Inverter ACs, for example, can take 2.5 Amperes under normal usage to 9.5 Amperes at peak usage. The electricity consumption under normal conditions is a lot less than conventional ACs.

With the constantly increasing electricity tariffs, such a big saving on one of the most power hungry equipment is great. DC Inverter ACs can payback their complete cost within one season of use.

Inverter ACs can reduce all motor functions when the desired temperature is reached. They also do not require a jump start and start slowly. This results in very little noise unlike conventional ACs, which make a lot of noise when they start and the loud indoor and outdoor motor sounds only stop when the AC stops cooling.

DC Inverter ACs do not use hazardous CFCs as their refrigerant gas. A new environment friendly gas, R410A is used instead. It is an alternative gas which has no harmful effects like the CFCs, which can damage the ozone layer. 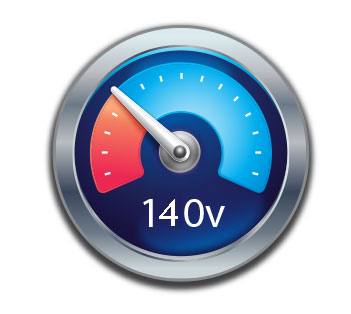 All DC Inverter ACs convert the normal electricity supply to DC current in order to function. When the voltage is low, the output DC voltage becomes is reduced but since these ACs are made to work with low DC voltages, they keep on operating at the low voltage.

ORIENT ACs use an LVO (Low Voltage Operation) technology which lets their ACs operate even at 140 volts.

Can Operate on UPS, Solar Panels or Generators

If you have already maintained the room temperature before a power outage, the Inverter AC would take very little power since it would only need to maintain the temperature.

DC Inverter ACs can achieve the required temperature very quickly since they can calculate the required current and increase the power capacity based on it. This results in a much faster cooling (or heating) function. 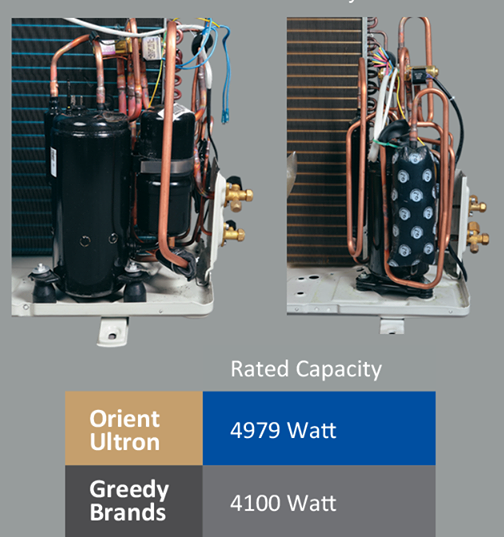 Of course, having a larger unit would mean even faster cooling. ORIENT claims it offers one of the highest rated compressor capacities, i.e. 4979 Watts. Their ACs come with a larger 89.5 cm evaporator (one of the major components in the AC) and pure copper piping.

As DC Inverter ACs do not operate smoothly, without requiring a torque current at the start, the AC’s electrical components’ life is increased. The initial jerk can cause wear and tear resulting in faster breakdown of electrical equipment.

The gentle power draw is also good for the household wiring and other electrical equipment.

Inverter ACs offer a stable operation. Since there are not start/stop cycles, the user does not feel vast changes in temperature. DC Inverter ACs are always operating with a small power draw, maintaining the room temperature while the conventional AC waits for the temperature to change before it starts again.

The same can be said for the noise and electricity input as DC Inverter ACs change the operating power so smoothly, the difference is not noticeable.