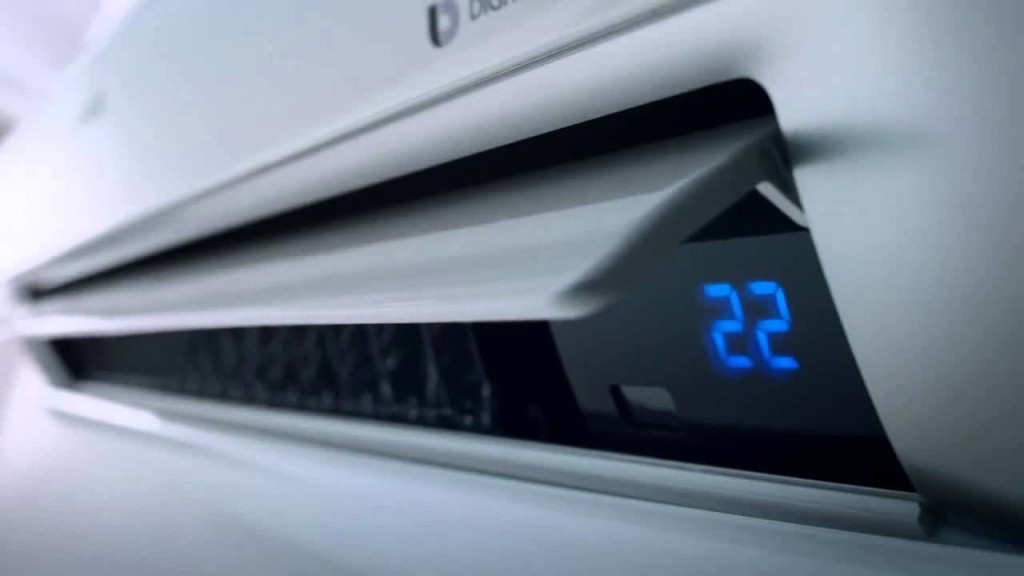 Summers are upon us and most regions across Pakistan will be facing blistering heat for the next few months. With weather predictions of another heat wave striking the country, the season will only get more hostile. The only defence against such a weather are Air Conditioners, so we have decided to publish a series of guides on the matter.

This is the first one amongst the extensive series of guides that will be published here at ProPakistani. First up, DC Inverter AC’s.

DC Inverter ACs are all the rage these days. All major appliance manufacturers are claiming to have some new technology which can reduce electricity costs by 60 to 75 percent and still offer a better consumer experience.

Every day, we see some advertisements on these new types of ACs, but it’s hard to believe that such adverts could be true. Of course, how could there have been such a technology, yet we didn’t see or hear something about this a few years ago?

In this post we answer all your questions and inform you whether these huge claims from AC OEMs are close to the truth or not.

How do ACs work?

To understand DC Inverter ACs, we first need to understand how they work. Air conditioners use a refrigerant (a gas which exists in low pressure but turns liquid as the pressure increases), which is compressed and liquefied by the compressor. It is then cooled down in the condenser and later allowed to expand (become a gas) in the evaporator, albeit in a controlled manner. Those who have studied physics, would know that this expansion causes a cooling effect which, in turn, causing the condenser to become warm.

The same principle is used in refrigerators, they move the heat from the inside to the outside. When an AC is in cooling mode, the heat from the room is removed and pushed towards the outdoor unit of the split AC.

If the AC has the ability to heat, it can reverse the process, the energy is absorbed from the outside while heating the room. In most cases, the reverse process, i.e. heating mode, consumes less power than the cooling mode because the compression energy is added to the overall heating cycle.

The remaining two important components of an AC are its motored fans. The outdoor fan chucks the air out of the condenser to the outside. However, the indoor unit makes use of the blower and louvers/fins to dissipate the cool air (or hot air if the AC is in heating mode) to the room.

What is a DC Inverter in ACs? (Technical Info)

A DC inverter converts AC current to DC current. It then uses a modulation technique (called Pulse Width Modulation) in another inverter to produce AC current based on the desired frequency and voltage. The variable frequency AC drives the brushless motor or induction motor. The speed of the motor is proportional to frequency of the new AC voltage. Thanks to this, the compressor can now run at multiple speeds.

*AC in the above paragraph means alternating current and not an air conditioner.

What’s So Different About a DC Inverter AC?

An air conditioner with DC inverter technology has the ability to control its cooling (or heat) transfer rate by changing the output from its compressor. The rate can be modified depending on the requirements of the room. To put it more simply, the AC uses electricity depending on the environment’s requirements. 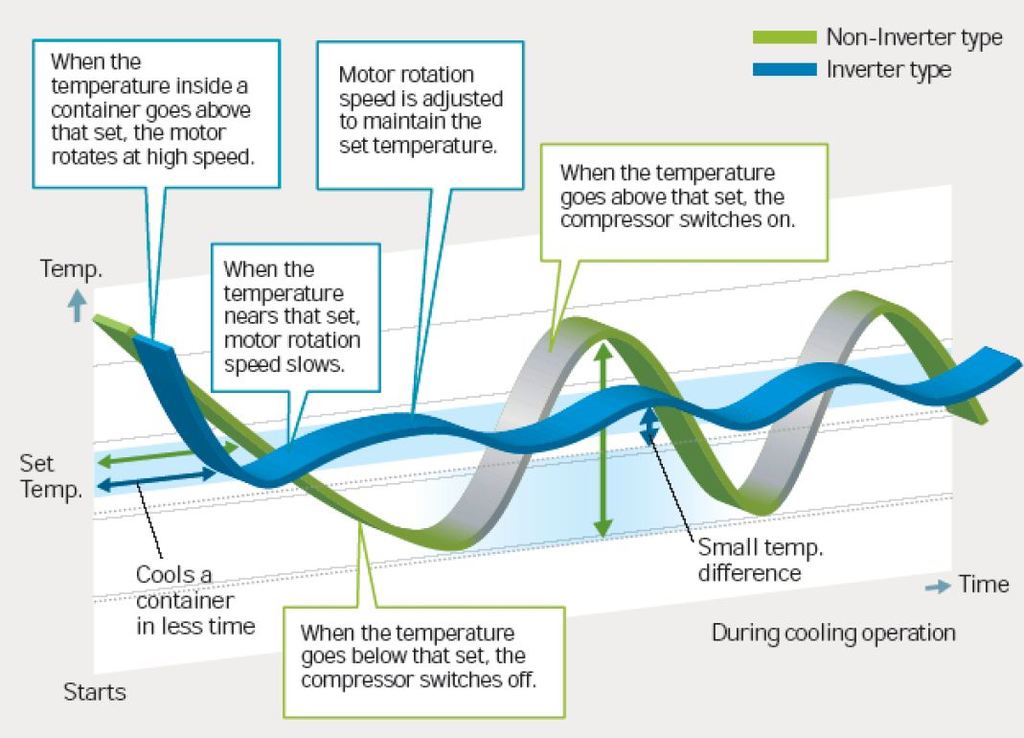 The compressor in a common AC runs at full 100 percent all the time. When it is not needed it shuts off. So a common AC uses start/stop cycles to control the temperature.

When using a DC Inverter in an air conditioner, it uses a processor to check the surrounding temperature and adjusts the speed (power input) of the compressor based on it. It can provide different levels of cooling or heating. So the DC Inverter AC regulates its output capacity to uniformly control the temperature of the room.

How Does it Save Electricity?

Now we come to main question. Inverter ACs do save more energy and are more economical while still being environment friendly.

A conventional AC starts multiple times and always runs at peak capacity. This means that every time it starts it needs extra electricity to jump start its stationary motors and compressor, i.e. torque current. Without being too technical, you can think of it this way, it needs more power when it starts and it starts too many times. It also runs at full capacity each time requiring a lot of current.

In comparison, a DC Inverter AC never turns off its compressor or motors. It reduces the electricity it needs and constantly keeps cooling (or heating) the room. When it does start the first time, a DC Inverter AC starts off slowly so it doesn’t require a massive torque current. Inverter ACs can start at low voltages as well thanks to the inversion mechanism. By running in a low power consumption state, DC Inverter ACs save a lot of electricity.

DC Inverter ACs aren’t as effective when running at full capacity, however, when they are running at partial capacity, which is how ACs are normally used, they can save a lot of energy.

What Are The Different Types of DC Inverter ACs

The reason behind that is, some manufacturers employ older technologies and only upgrade their compressors to DC inverters. Others also convert the indoor and outdoor fan motors hence, completely upgrading all motors to DC inverters.

Those, which claim to save about 50 or 60 percent in electricity bills and simply state DC Inverter (or only Inverter) ACs, are using the inverter tech for the compressor only. 3-DC Inverter or 4-D Inverter systems, sometimes referred to as All DC Inverter, upgrade other motors or major electrical components as well. This means more savings as more electrical components get the ability to vary their speeds.

In short, a number besides the “D” or “DC” mean the number of components using the inverter technology.

Are the Electricity Bill Savings Correct?

As with all advertisements, the claims made by most manufacturers are based on optimum conditions and usage. If you have a 1-DC Inverter AC, it will save you around 40-50 percent in electricity bills under normal usage. 3-DC and 4-DC Inverter ACs can achieve over 60 percent in savings. You probably won’t get 75 percent in savings under normal usage and extreme heat in Pakistan. However, if your AC has the heating-mode, it will cause more cost savings compared to the cooling mode.

Normal conditions mean that the user does not set temperatures to extremes. If the temperature is set to extremely low (for cooling) or extremely high (for heating) then you cannot expect such huge savings. However, even at extremes, DC Inverter ACs beat the conventional ACs.

Inverter technology isn’t new. Other countries have had these products for years. In most countries, conventional ACs have been phased out completely. Pakistani market only got the tech in recent years. And the credit for that goes to a new entrant in the Pakistani market, which was the first one to launch these DC Inverter ACs in Pakistan. Now that they are here, the prices for normal ACs have dropped rapidly.

As far as energy consumption is concerned, savings are always welcome. Not only do these ACs help save money, their use is good for the environment. The DC inverter technology will soon start being used in other products as well, so keep your eye out for that as well.