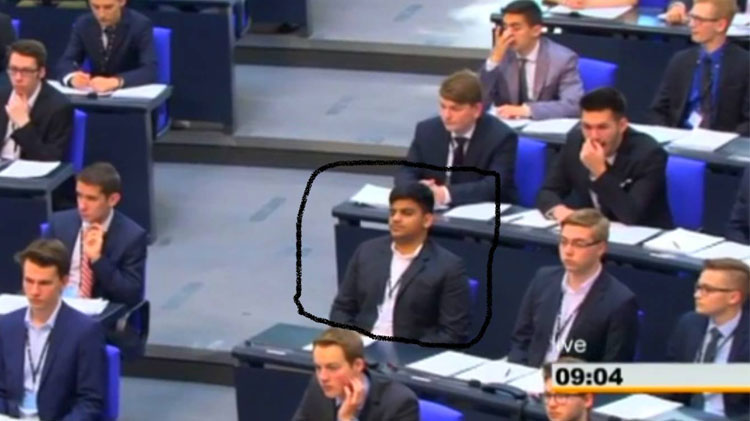 We have often discussed about how badly Pakistani politicians need to learn work ethics and political processes from mature political countries and there’s no better way of doing it by acting as a parliamentarian at one of such places.

Muhammad Taha Tariq, a Pakistani student studying in Germany, got such a chance when he was allowed to perform as a parliamentarian in German Bundestag, national Parliament of the Federal Republic of Germany.

Taha Tariq, along with 314 other youngsters from with-in Germany, were selected to act as full scale member of German Parliament and perform all functions that elected parliamentarians do on usual basis. 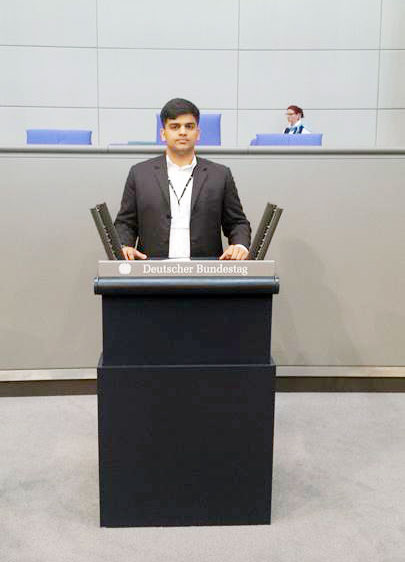 “I found it utterly impressive to work at a place which I had seen in news only”, commented Taha Tariq after completing his fourth day at German Parliament.

Taha Tariq is first Pakistan to have gotten such as chance in his life.

Program called “Youth and Parliament” is introduced in Germany to let the youth deal with real-life situations in parliament. They are given first hand experience of chambers, committee rooms and other events that take place in German Parliament.

“Such opportunities are very valuable and tell how transparent democratic processes are in Germany”, Taha Tariq said in a communication with ProPakistani.

Muhammad Taha Tariq belongs to Gujranwala and was selected by German Government for the honor based on his academic achievements in Germany.