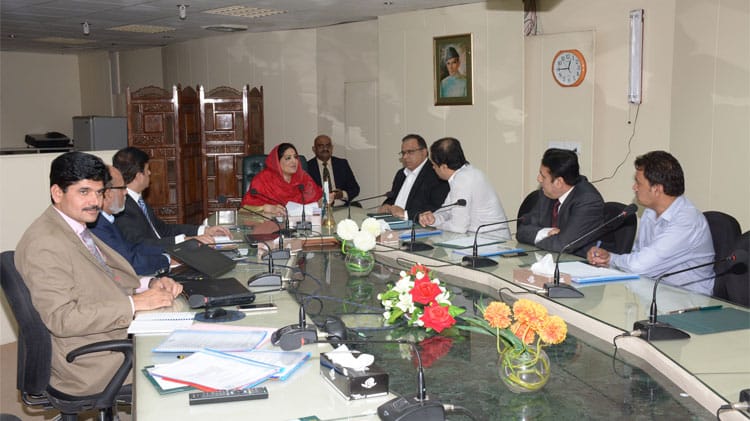 The Minister of State for IT, Mrs. Anusha Rehman while chairing a Board meeting of Pakistan Software Export Board (PSEB), stated that to boost growth in the IT sector, Government has extended the tax holiday for IT sector for another three years.

“It is expected that this decision will enhance the volume of IT exports, increase employment opportunities and play a significant role in the growth of IT industry”, said Ms. Anusha.

The board meeting was convened to assess the state of IT industry of Pakistan and to evaluate the steps being taken by PSEB to bolster the long term growth of the IT Industry as well as its exports.

Minister further said that tax on domestic revenues will also be reduced from July 2016 and there will be no sales tax on desktops and laptops either.

Minister hoped that IT industry would reciprocate to these tax incentives by remitting all their income to Pakistan to reflect the real growth and potential of the industry.

Chairman [email protected] appreciated the tax incentives announced by the government and thanked Minister IT for supporting the industry’s cause on tax exemption.

The board was informed that feasibility study for a new IT park on PSEB’s land in Islamabad, being conducted by Korean consultants is near its completion and final feasibility report will be submitted by mid of July 2016.

Minister IT directed MD PSEB to have a close liaison with Korean team for early finalization and submission of feasibility study so that ground breaking ceremony could be scheduled at the earliest.

The Minister said that these international certifications will improve quality of processes and products/services of IT companies and will solidify their credibility with their foreign customers and will also help them to generate new business avenues and exports opportunities as well.