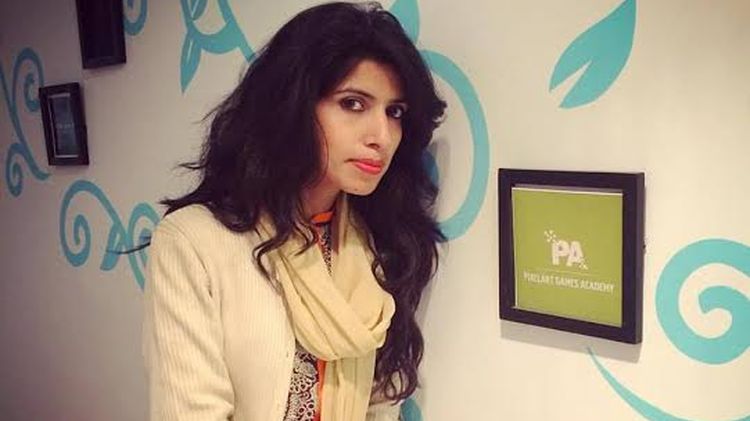 Sadia Bashir is a video game entrepreneur and part of the select few from Pakistan who are completely self-made. From a child who loved games to a game developer and owner of a game development academy, Sadia’s journey is unique yet similar to all those who work through their hardships realising their dreams.

When she was a little girl, Sadia used to go to the arcade with her brothers to play video games. Years went by and arcades vanished, but her love for video games continued to flourish. What started as fun turned to a budding career. Her inner developer and artist was brought out as she dreamed of making video games one day.

Her family wasn’t very supportive, or rather they lacked the ability to afford her education. But that didn’t stop her. She says she stitched clothes and tutored kids to pay for her own tuition fees. The Faisalabadi girl, who was a resident of Islamabad, got her Bachelors and Masters from COMSATS Institute of Information Technology.

Sadia’s first game was Mario Bros, followed by several arcade games over the years. A few years in and she tried a hand at Adobe Flash and Photoshop. Soon after, she started working on animation and graphic design. It wasn’t until her Bachelor’s that she knew she could also develop games and not be limited to designing characters and environments. Her teachers and friends were likeminded and helped her along.

The first game she developed was a first-person shooter, which she developed using the Unreal Development Kit (UDK) as her final year project for her bachelors. She used to present her games at many conferences during her time at the university.

Sadia started as an artist at Keychain Films, a production media house. She used to create documentaries, art and some animation work for her employer. After that, she joined Urchin Games as an artist and worked with them for about two years along with projects from popular publishers like Big Fish Games, Wild Tangent, Game House, and G5. Soon after, she joined we.R.play, a game studio from Pakistan, and worked with some international studios like Kiwi and RockYou Games.

When Sadia was working on her thesis, she came about the knowledge to try and start to build a gaming industry in Pakistan. Together with her brother-in-law Umair, she founded PixelArt Games Academy (PGA), a place to develop full-fledged games and IP ownership. She began from the WECREATE Center and pitched her idea at the Startup Academy where she was inducted in the first batch. They helped her launch PGA and incubate the project.

Both of the co-founders used to make games together. However, they are now working on this venture with a team of six members, all with diverse experiences in marketing, game development, and management. They also have an advisory board with six members who have helped make the academy a reality.

The team intends to build a gaming community in Pakistan and polish their skills. The training courses and programs at the academy will ensure that the local talent gets the best education and knowledge from the experienced mentors.

The PGA has relations with international stakeholders and even organise international events like hackathons, Game Developers Conferences and Global Game Jams. In the near future, the academy plans to organise a small gathering of game developers including some international speakers.

The academy has limited funds and therefore has to come up with new ways to publicise and market itself. They also faced the problem of ensuring quality education, which was solved by introducing value learning at the PGA by involving international game developers as virtual mentors. The PGA is also collaborating with many international organisations to offer better learning prospects.

PGA is currently giving workshops and organising gathering events and is ramping up their training courses. The sign up application process has already begun and the curriculum has been prepared. During the course, PGA will provide training in video game development, art, and animation. The first level will introduce the students to all aspects of technologies, design techniques, game programming, applied mathematics, computer graphics, physics, and game engines.

The PGA have been helped by Ken Levine, Jon Chey and Brie Code, from Irrational Games and Ubisoft Montreal, in getting the message across and assisting them where needed.

Sadia, herself, is currently working on two games. One is an RPG while the other one is a social game.

Sadia Bashir says that times have changed and women are contributing in the IT industry. She asks women to take a stand when they face difficulties and make their goals clear while staying committed to their mission. She aspires to see more women in the video game industry and has even offered scholarships for women who wish to study in her academy.