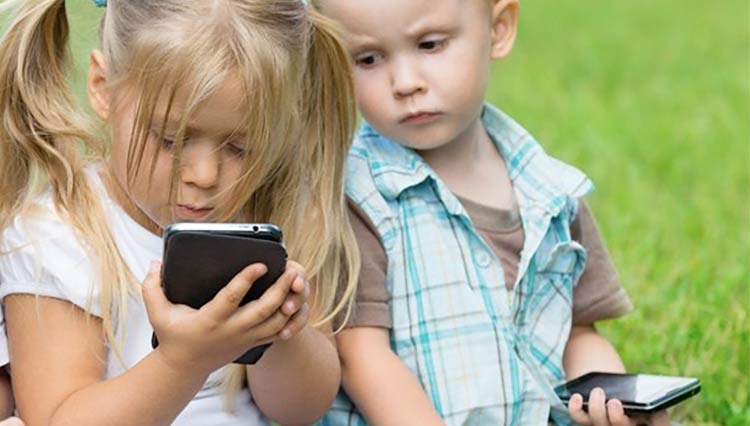 A few years ago, people used to wonder when to allow kids to go out alone, let them have their own car or fulfill any of their other demands. These days parents worry about deciding whether to give their child a smartphone or to wait a little until the kid is older. The major reason behind this worry is the uncontrolled access to internet and excess time in front of screens and away from physical activities.

Research from Influence Central says children are getting their first smartphone at age 10. The age was 12 in 2012. Internet safety experts say that kids as young as 7 are receiving smartphone ownership.

The writer of the book “The Boogeyman Exists: And He’s in Your Child’s Back Pocket”, Weinberger, surveyed 70,000 children and found that during the past year and a half, on average, kids start watching inappropriate content at age 8 and become addicted to this stuff by age 11. Misuse of the messaging features starts by the same time as well and could put kids in harm’s way.

There have also been researches saying that phones harm a kid’s ability to have conversations and that they can even affect their social and emotional status.

Exposing kids to Smartphones does have its benefits as the kids can use some great apps to help with their education. There is loads of info on the web which can help the kids learn stuff which is not possible otherwise. We have seen some examples of kids startling the world with their accomplishments, all by using the internet. So it’s not all bad, it depends on how parents introduce their kids to the technology.

Disadvantages could be the excess of distracting apps on smartphones including games and loads inappropriate apps and content which is shoved up people’s throats as ads. Kids could be exposed to such content and there is the possibility of being harassed as well.

It all comes down to how parents introduce kids to smartphones. They can start by introducing them to feature phones and then smartphones in order to check how responsibly the kids use the facilities.

Phones have additional features and apps which allow parental control over the phone’s usage. This prevents Android or iOS devices from allowing access to explicit content. Other than that, parents can set time restrictions and limit the type of content that the kids can have access to.

The take-away here is that all researchers and experts agree that the longer you wait to give your child a smartphone, the better it is for the kid. Some say 12 is the minimum age for kids to get a phone, while others say it’s better to wait until the child is 14 years old.

The longer you wait to give your child a smartphone, the better it is for the kid.

In short, they say it is safer to wait as long as you can, because no matter what you do phones will have a negative impact on school education, even if it might help with non-curricular education on the web. Of course, no person is alike and if you feel your kid is smart enough to maintain a reasonable smartphone usage without your supervision you can always bestow this facility upon them.

But perhaps the best way would be to introduce kids to smartphone later in their teens but ease them into the web’s dimension of education. Content selection and parental guidance are critical aspects in setting the right trends. Of course, initially there has to be screen time limit which includes TV, computer and tablets as well in order to maintain a healthy social lifestyle.