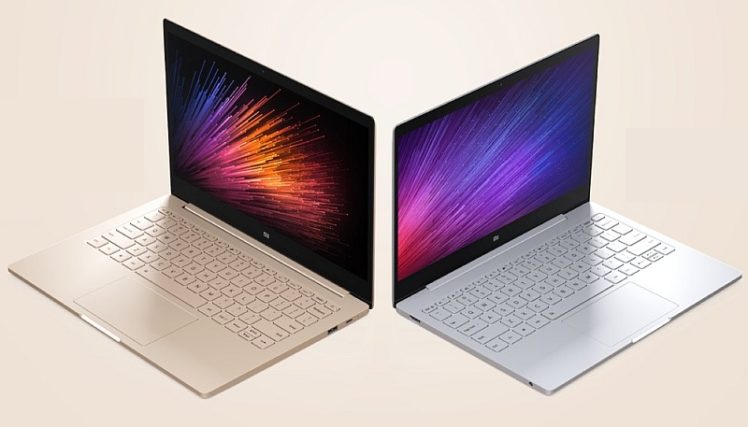 Xiaomi is known to announce multiple products at their launch events. In addition to announcing the Redmi Pro, the Chinese company announced its new laptop line called the Mi Notebook Air which run Windows 10.

There are two versions available in this line currently, with a 13.3 inch version and a 12.5 inch version. The two variants feature a slim form factor with a 1080p (1920 x 1080) screen resolution, slim under-glass bezels, a 1 MP camera which they somehow added with the tiny bezels, a backlit keyboard, a USB type-C port for charging as well as metallic designs. Curiously, the laptops don’t have any logo on the outside.

It also happens to be thinner and lighter than the 13 inch Macbook Air on top of having a 40 Wh battery which lasts 9.5 hours according to Xiaomi and also supports fast charging via the USB type-C port and can go from 0 to 50% battery in just half an hour.

The smaller 12.5 inch Mi Notebook takes it to the next level by being even thinner and lighter than the 13.3 inch version with a thickness of 12.9 millimeters and weighing 1.07 Kilograms.

With lower price however the specs are also less beefy compared to the the bigger Mi Notebook. It contains an Intel Core m3 processor, 4 GB of RAM, a 128GB SSD and no dedicated GPU. It does however have a free PCIe slot which you can upgrade via Xiaomi later on. There’s just one USB 3.0 port compared with two on the 13.3 inch Mi Notebook.

Xiaomi’s Mi Notebook Air is launching in China on August 2nd. There is no information on when it’ll be available in Pakistan or when Xiaomi officially launches any other product in Pakistan. We will keep you posted on when they do.