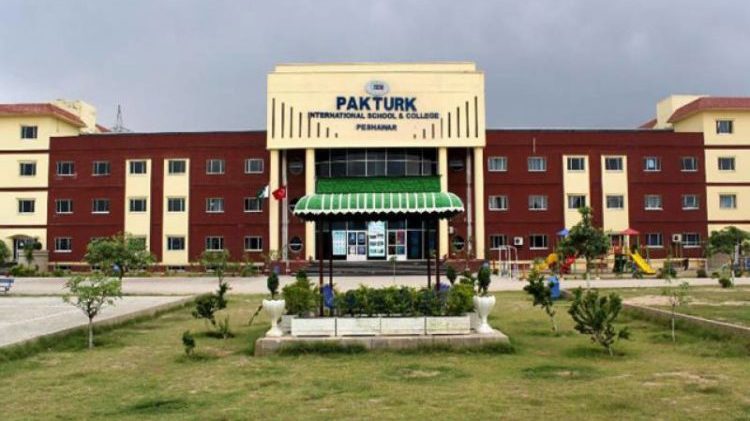 The Maarif Foundation is all set to take over the PakTurk Schools and Colleges in Pakistan.

Currently, more than 11,000 students and 1,500 teachers are linked to the Turkish charity schools in Pakistan. There are a total of 23 schools and colleges in major cities of the country.

A few days ago, the Turkish ambassador for Pakistan held a press conference where it was demanded that the PakTurk Schools and Colleges be closed due to their alleged links with the Hizmet movement and US-based Fatehullah Gulen, who is allegedly involved in the recent coup against the Turkish President.

The demand was watered down and the Pakistani government was asked to handover the control of these colleges to a Turkish recommended organisation.

However, these talks have been going on between both the governments for about three months now, way before the coup against the Turk President. Gulen is considered a rival to Erdogan’s government and this was the reason that the Turkish government cited for closing down these schools in all countries where they are operating.

The circles close to the Pakistani government, however, reveal that the Tayyip Erdogan government has in fact taken up the matter of PakTurk schools and colleges with the Punjab Chief Minister Shahbaz Sharif, at an unofficial level.

This happened a few months ago. However, the lack of any legal justification to stop a registered NGO prevented the Chief Minister from taking any step.

Meanwhile, officials of the Pak-Turk Educational Foundation have pleaded that they are not a political organisation and are strictly an educational and social welfare organisation which is operating in Pakistan for 21 years. They say that they will go to court if the Pakistan government unjustly rules against them.

They are pleading their non-political and strictly educational and social welfare oriented work across Pakistan for the last 21 years. They maintain that they are ready to clarify their position at any forum, and to knock the doors of the independent Pakistani judiciary, if need be.

The organisation’s representative says that they have no linkages with any movement nor do they fund other trust or movement.

“We consider it important to underline that management of the schools and colleges is driven solely on humanitarian considerations”.

What Others Have Said

PTI’s Imran Khan was however the first politician to oppose the closure of Pakturk schools. He expressed concerns for the students and teachers in those schools.

The Turkish government made the same demands with the Kyrgyzstan government, a country with close ties to Turkey citing the damage to bilateral relations pertaining to security, economic and geo-political issues.

For this, they quote a recent reply of Kyrgyzstan government, a country in Central Asia, having close ties with Turkey.

Kyrgyzstan’s Ministry of Foreign Affairs has replied to Turkey by saying,  “We have carefully studied the statement by Mr Mevlut Cavusoglu, Turkish Minister for Foreign Affairs, on some of educational institutions in Kyrgyzstan. Republic of Turkey is a brotherly country for Kyrgyzstan, our people have deep-seated historical bonds.”

“We understand the worried stance of the Turkish officials. However, along with this, firstly we would like to remind that Kyrgyzstan is an independent and sovereign country which can decide about what’s right or wrong for itself. We would like to emphasize that we consider it unbefitting and wrong for a minister of a foreign country to state through the tongue of ultimatum and blackmailing how another country should behave on an issue,” the statement added.

The importance of PakTurk Schools

Over the past decades, PakTurk schools have offered a standard of education that is far superior to any other private schools and colleges in the country. Along with the education, they are known for providing a healthy and intellectually stimulating environment for youngsters. The colleges represented the true brotherly nature of Pakistan and Turkey.

At the moment, PakTurk colleges groom children to be good Muslims, supportive human beings and be best at their studies, something which sets this educational organisation apart from the rest of the schools. They even offered scholarships to needy students.

However, with the control being handed over to a new organisation, it is difficult to understand what the new motto of the institute will be and whether it will carry on the legacy that the Gulen’s administration had set.

Perhaps the government should have advised Turkey to keep educational institutions and charities away from the political matters. But considering how thousands of teachers have been arrested in Turkey recently, it might have been a hard task.