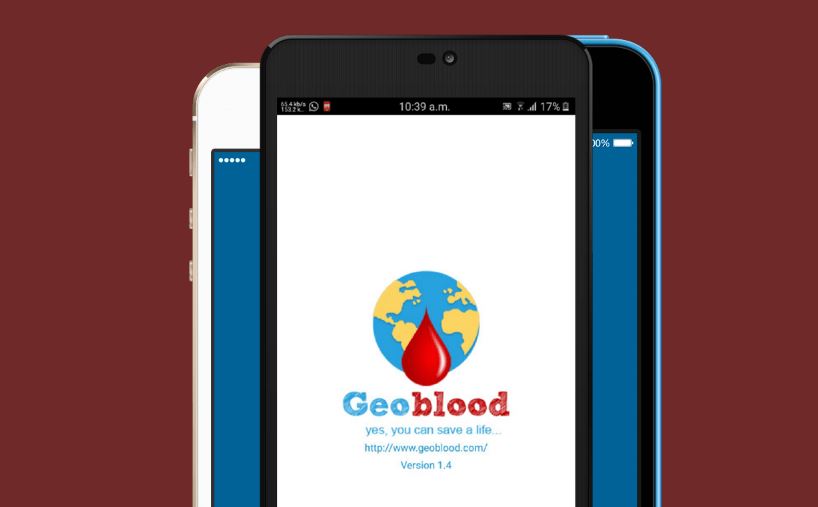 In South Asian countries like Pakistan, India and Bangladesh, the need to donate blood has never been greater than now. In these regions, where inter-family marriages are common, there is a higher prevalence of genetic disorders, such as the genetic blood disorder called thalassemia, which affects the haemoglobin (iron) level found in blood.

Dr. Wasim Khawaja from the Pakistan Institute of Medical Sciences stated that in this generation, there are 10 million carriers of thalassemia, with 8,000 children being born with the blood disorder every year.

With such a huge medical emergency, what can be done to offset the effects of thalassemia and other assorted blood diseases such as sickle cell disease and anemia? One solution is to not marry within family without blood tests to make sure that the child isn’t born crippled for life. The solution for children already affected leverages technology and could help enhance voluntary blood donations all across the world.

In 2013, it was found that only 28 people from 10,000 donated their blood in low-income countries, such as Pakistan. It is generally said that most people suffering from a severe case of thalassemia and anemia require red blood transfusions every 2-3 weeks. This amounts to 52 pints of blood per year.

Given how much blood donation can help ease the suffering of thalassemia patients, the need of the hour is to spread awareness in society about blood donation.

In the old days, you may remember, there used to be blood donation camps set up in places, inviting people to join them for a worthy cause. Many people, myself included, used to be skeptical of these make-shift tents by the roadside, with questions about how safe and hygienic they could be.

Attitudes have changed since then. Now, thanks to the proliferation of smartphones, apps and mobile technology, finding a willing donor in your area is easier than ever.

Get Yourself Registered as a Blood Donor Online

Getting yourself registered as a blood donor online is easy. Apps such as GeoBlood can help you save lives.

Geoblood has been developed by a Pakistani developer Muhammad Bilal. He foresaw the need for such an app, given how many people need blood transfusion to live to see another day in Pakistan. 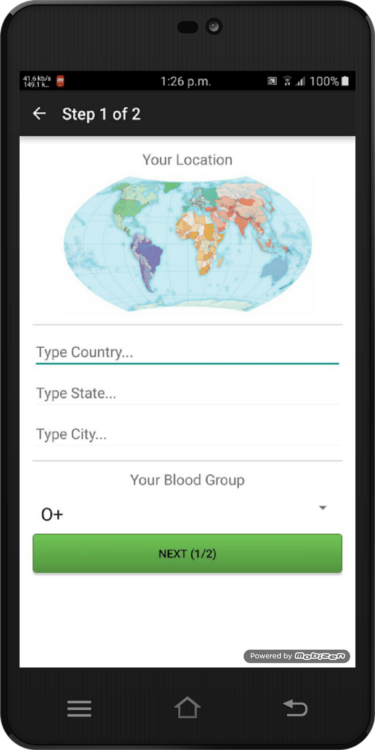 Basically, the app works by letting people register as a blood donor, with their geo-location given. Similarly, patients who need blood transfusion can reach out to voluntary blood donors and message them via the app. The app also categorizes potential donors by their blood type. 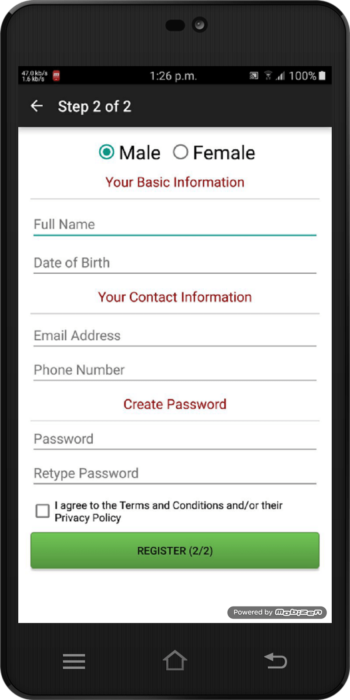 All the maps and geo-location data is stored on an online database. The developer assures us that the user data is secure and that it also makes use of Google Maps API for geo-location. Currently the app comes with English language only, but the developer plans to include more languages in a future update.

GeoBlood isn’t restricted for use in Pakistan only. It can be used by blood donors and patients worldwide.

The advantage of GeoBlood and other similar apps is that they cut down on the red tape associated with the traditional medical sector. It connects the patient with the donor, and together they can visit a medical facility near them to do the needful. This is valid for both developing and developed countries, where the state of privatized or public healthcare services leave a lot to be desired. 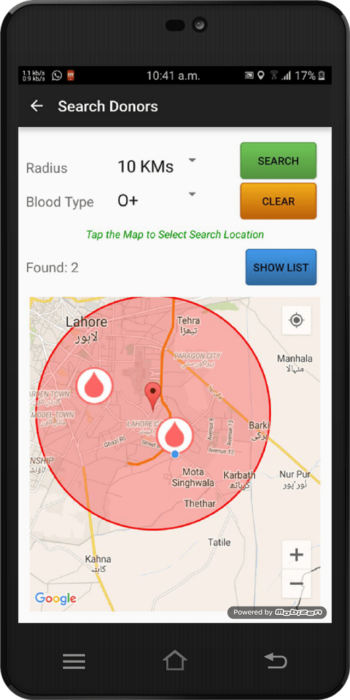 However, as with such apps, the potential for abuse also exists. There is the issue of user privacy, one that GeoBlood manages to handle by providing only an approximate distance between the nearest blood donor in your area. Rest of the donor’s contact information is restricted unless the donor accepts your request via messaging.

In Pakistan, where blood donation levels are abysmally low, having more technologically-oriented solutions to a long-standing medical emergency can help matters improve. Saving a life may be simpler now, but it is still something that can’t be quantified in sheer numerical terms.

Interested in saving a life? Or in finding a blood donor near you? You can try out GeoBlood for Android devices here.