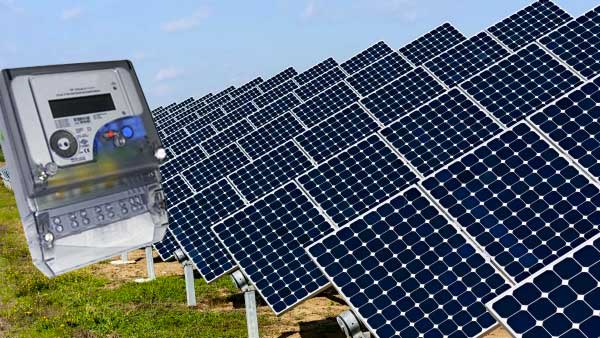 Islamabad Electric Supply Company (IESCO) has launched a project that will enable the generation of electricity through solar power and to sell it to consumers.

The project costs about Rs. 3,00,000 and it is expected to generate 3 kilowatt of electricity daily.

In fact if the consumers have excess amount of electricity, they can sell it to IESCO as well.

This new project was prompted by the efforts of Air Commodore Muhammad Rashid Ramay, a resident of Rawalpindi. He had sought permission from IESCO through an application to generate electricity through solar meter and has now become the first person to sell surplus electricity to IESCO.

If the consumer chooses to keep their regular IESCO connection, they can avail some concessions in their monthly bills. Experts believe that the net metering system could help consumers save up to Rs. 5,000-Rs.8,000 on your monthly bills this way.

I save around Rs 5,000 every month in my electricity bill – Rashid Ramay

This is a great step by the government and IESCO and it should help reduce power shortages in the country. By ensuring that electricity consumers can also become sellers, this move is expected to increase the use of solar energy solutions in the country. Its environmentally friendly and if adopted on a larger scale, the country’s oil import bills can also decrease.

The government for its part needs to give more incentives to consumers who want to go solar. This can be done in the form of subsidies for solar power equipment or the abolishment/minimizing of taxes for the same.

Net metering is used extensively in most countries and it is a great way to either store energy and use it later, or sell it to the government in order to reduce your bills. The success of net metering in Pakistan, however, remains a mystery and only time will tell how useful it turns out to be.