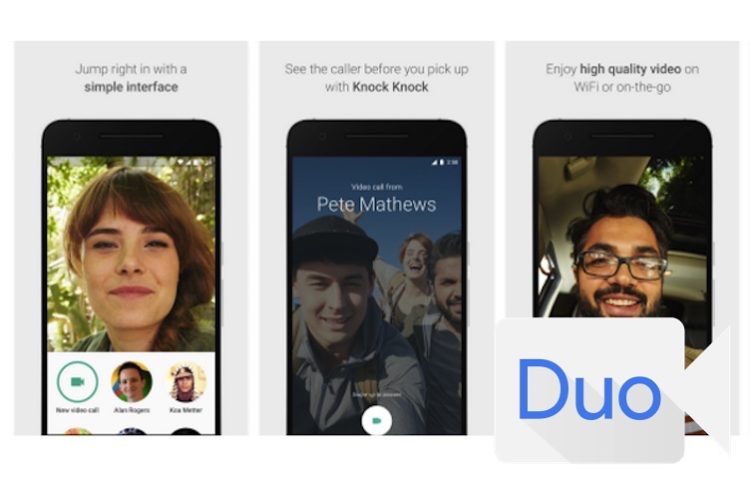 You know what time of the year this is? It’s Nexus season! Which means that for Google, it is an opportunity to showcase their new apps that are also going to be available on the two new Nexus phones.

Meet Google Duo, a 1-to-1 video calling app that is made to compete with Apple’s FaceTime. Duo was announced this year at the Google I/O along with the messaging app, Allo. We were told that both apps will be released later this year during summer. Fast forward 3 months and here we are, seeing the global roll out of Duo. Allo is no where to be seen and Google hasn’t mentioned it in its blog post.

The Duo app is available on both Android and iOS. It’s based on your phone number and uses your contacts, much like Whatsapp. No need to link any other account.

Once you’re registered, it’s just a single tap to make a video call. The app works cross-platform, meaning that if you have the app on an Android device, you can call someone who has the app on an iOS device. This feature makes it different from FaceTime since it only works on iOS devices.

The app itself is very basic with no frills. You open up the app and you can see the camera facing at you. At the bottom you’ll see a list of recent call and frequent contacts and another tab which shows you your contact. Tap on one of them and Duo goes full-screen.

Google added a unique feature on Duo called Knock Knock. What it does is that if you call a contact, the recipient will see the caller before even answering the call. Google says that this feature was added because this way the call will feel more like an invitation rather than an interruption. It is on by default but if you find it annoying, it can also be turned off.

Duo is optimized to be fast and reliable. It uses the QUIC protocol to connect calls over UDP which ensures a much faster initial end-to-end encrypted connection. The QUIC protocol supposed to be more robust than any other video calling infrastructure out there.

Video calls connect quickly and work well even on slower networks. You can even use Duo on a 2G network. The app can degrade video quality or switch to audio calling if there’s weak connectivity, and it can seamlessly switch between cell and Wi-Fi connections in mid-call without dropping.

Hangouts? Yes, they do. And that also supports video calling. But Google is known to experiment with products and even drop support for them after a year or two. The difference between Hangouts and Duo is that, as mentioned above, Duo uses the new QUIC protocol and secondly, while Hangouts supports group video calling, Duo doesn’t. Duo is only available for video chatting with only 1 single contact at a time.

It’s also worth noting that WhatsApp is on a roll and adding new features in almost each and every update and it is rumored to include video calling. Once they do that, I personally don’t see any reason to use Duo. You will have the exact same functions of Duo. You also don’t have to sign up for that and just use your cell phone number just like you do now. Most people are not fond of installing new apps for a particular task especially when their friends and families aren’t going to use it either.

Duo is yet another Google experiments and we will see how long it will last and keep getting support and updates. Frankly, we just don’t understand why they aren’t unifying everything under one app like Hangouts which is pretty well known and widely used.

The app itself is now available globally. You can get it on Android from here and iOS from here.