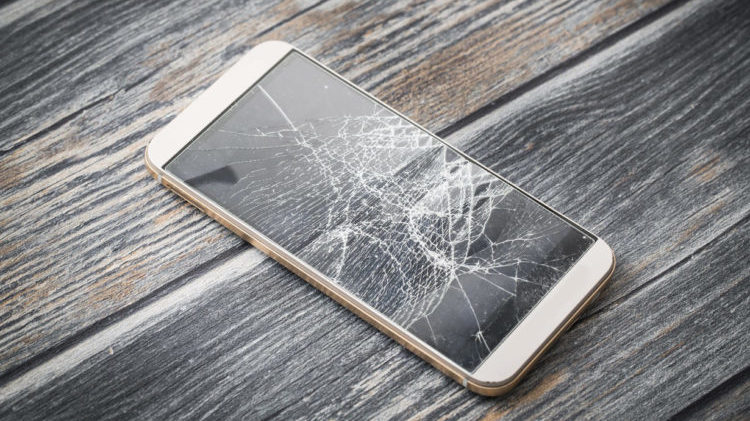 Let’s face it. When you’ve got kids at home, you often find yourself looking after your phone. Whether you let the kids play with your phone (or their own phone) or not, kids can damage your expensive Smartphones by throwing them around or dunking them in water. Every household with kids faces this problem.

To avoid shattered screens, which pose as a constant worrisome reminder for your kids and you, we have made a list of smartphones which won’t break easy and can survive a dunk or two in water.

Note: The list only includes phones which can be bought brand new from local markets or online retailers. We did not consider other tough phones since their local availability was an issue. Recent phones, like the Note 7, were also not considered due to the lack of information regarding their durability.

That being said, let’s take a look at the line-up of 5 tough smartphones that can work for a Pakistani household with young kids. 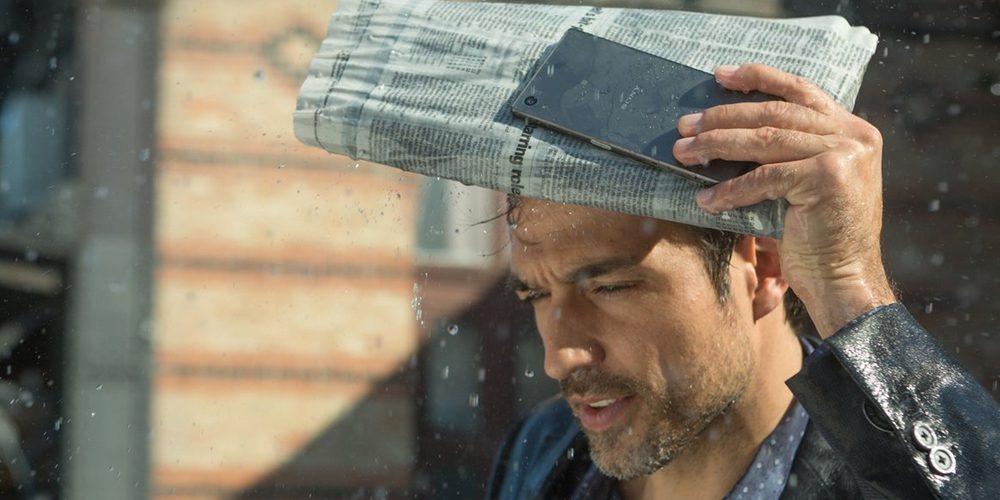 Sony may not use the term “rugged” for their smartphones, but they have developed a name for unmatched build quality of their gadgets, more so due to their trademark waterproof flagships.

Aside from waterproofing, Sony has done a lot of research to increase phone durability. Sony’s devices boast a shatterproof display (up to a certain extent) and come with shock resistant corners to reduce impact damage upon contact with a hard surface.

Don’t fall for the dual-glass design as Sony uses Dragontrail glass to make its Z series of phones tougher to break.

Xperia Z5 Series, which includes the Z5 Compact, the normal-sized Z5 and the Z5 Premium with 4K display, build upon the company’s track record of damage resistant devices. All of Z5 series are waterproof with the added feature of a flap-less USB port. The phones are built around an aluminium frame with rugged corners for impact resistance.

With any of the Z5 series device, you get a Snapdragon 810 processor, 2 to 3 GB of RAM (depending on the model), a 23MP camera and a 2-day battery life. Additionally, there’s the added benefit of stereo speakers and a fingerprint sensor as well. 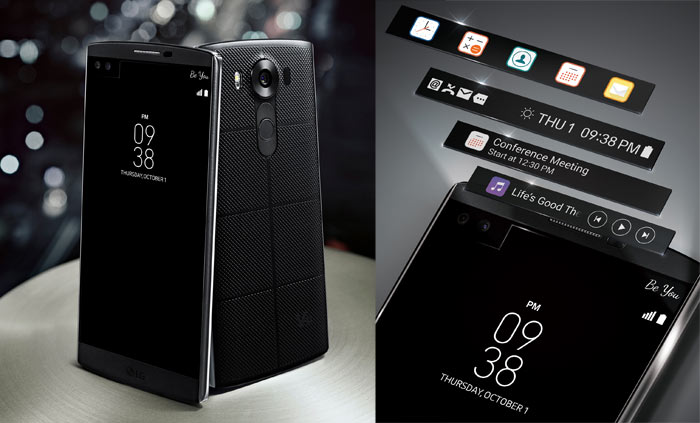 LG V10 was perhaps the biggest surprise of the year. The phone wasn’t released globally but still managed global fandom thanks to its unique rugged build and features.

The V10 is pretty strong and comes with an SAE grade 216L stainless steel frame (the material used in surgical equipment and luxury watches). The back is protected by a Dura Guard material to prevent scuffs and bruises. There’s a Dura Skin coating on the back and bottom of the phablet. The best part is the MIL-STD-810G Transit Drop Compliant for shock resistance (the only one on our list).

The most unique feature requires special coverage. The V10 comes with a chrome-colored frame around the whole body. Its unique feature is that when scratched or scuffed, the frame heals itself and regains its silver chrome color. This happens thanks to the material’s chemical reaction with Oxygen, turning the color silver again as soon as it’s scuffed. However, do note that self-healing is only available on the V10 with a silver frame.

The distinctive qualities don’t end there. LG V10 has a 2K 5.7-inch Quantum-dot IPS display and a secondary 2.1-inch screen above it. The always-on secondary screen, with 160×1040 resolution, can be used for multiple things including multitasking, viewing notifications, accessing settings etc. The company has also put two 5MP selfie cameras at the front, one for wide-angle selfies and one for normal selfies, alongside a 16MP OIS camera.

The phone is powered by a Snapdragon 808, 4GB of RAM and comes with 64GB of expandable storage with support for micro SD cards of up to 2TB. You also get a removable 3,000 mAh battery which is sufficient for most users. 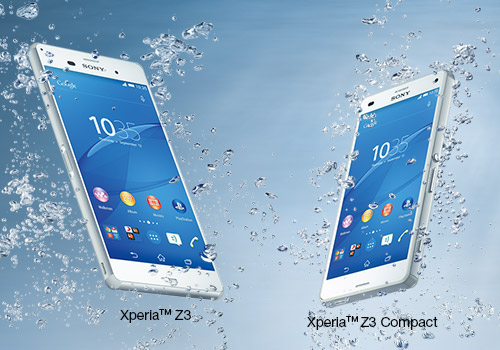 Z3 is the second Sony device which made the list. It may be two years old but it’s still getting official updates from the manufacturer. Xperia Z3 wasn’t a massive upgrade over the Z2, which has almost the exact same specs as the Z3. However, the upgrade came in the form of a design upgrade which made the phone slimmer, easier to hold and more durable while keeping the waterproofing intact.

Sony started using the impact resistant corners with the Z3. Couple that with the shatterproof display on the Z3 and gorgeous design, and you get a sturdy beauty. Just like the Z5 series, all of the features are shared by the entire Z3 lineup, which includes the Z3 Compact and the normal Z3.

Another reason why the Z3 made it to our list is because it is much cheaper than the recent flagships but still offers some great performance. The phone comes with a Snapdragon 801, 3GB of RAM and multiple internal storages along with micro SD card support. The phones uses a 21 MP camera which can boost ISO levels up to 12,800. You also get 2 days of battery life thanks to the built-in 3,100 mAh (2,600mAh for Z3 Compact) battery. Reviewers confirm that this phone definitely offers one of the best battery life on a flagship smartphone.

As a side note, we’d like to mention that all Sony Xperia Z series phones after the original Xperia Z come with a shatterproof (or shatter resistant) display although the Z5 and the Z3 are certainly amongst the best ones in the whole series. 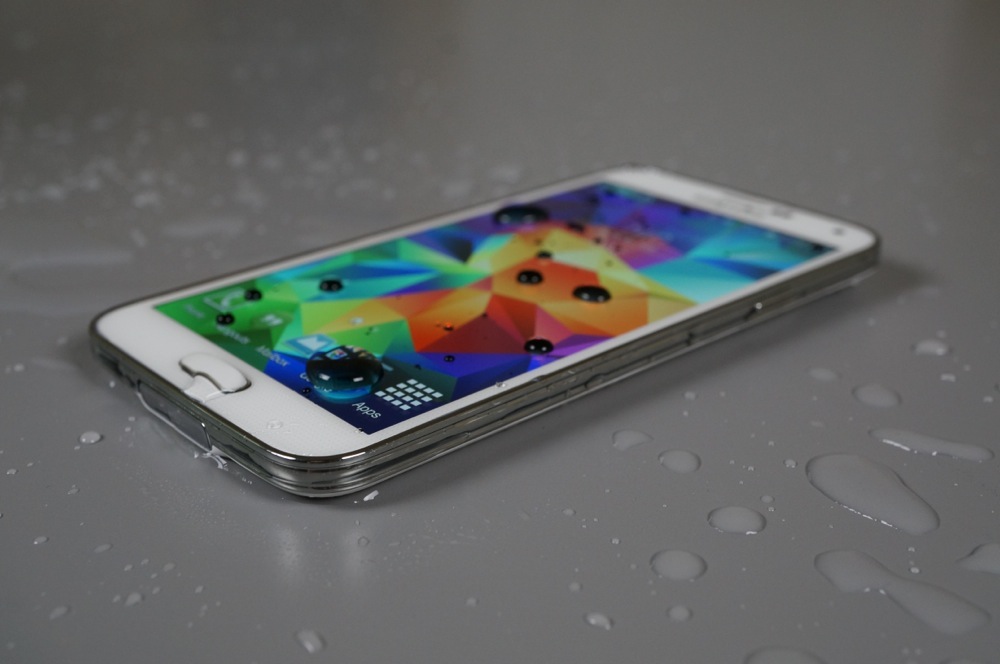 Samsung’s Galaxy S5 ruled the market about one and a half year ago. The phone received a lot of backlash due to its design language but received appraisal for its sturdiness. It was also the first waterproof Galaxy S flagship.

With the S5, you get a metallic frame and a plastic build. Plastic may not stand out as much but it gets the job done as far as sturdiness is concerned. The Galaxy S5 can stand a few hard knocks and falls unlike its successors, the Galaxy S6 and S7. Thanks to the reinforced seals to make the phone water-resistant, Samsung also managed to make it one of the toughest ones in its entire lineup.

Along with the improved strength, the S5 has a built-in heart rate sensor and fingerprint scanner. The phone is powered by a Snapdragon 801 with 2 GB of RAM, multiple storage options and micro SD card support. The back of the phone also boasts a 16MP camera which can deal with your photography needs easily. Users also get a user-replaceable 2,800 mAh battery, the last of its kind on a Galaxy S smartphone.

Just like the Z3, you can get the S5 at much cheaper prices these days and it’s not a slouch by any means. It can manage any tasks that a common user can throw at it. 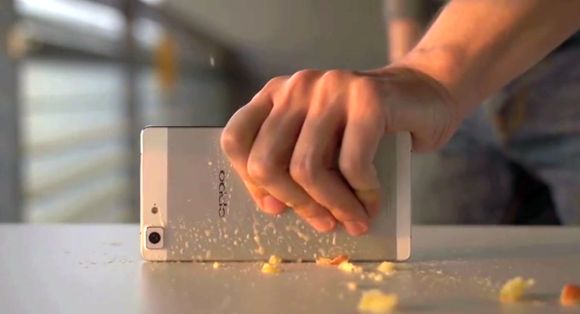 Oppo’s R series of phones aren’t generally known for being tough. The R5, however, was an exception. The Chinese manufacturer boasted that despite being as slim as it is, the Oppo R5 is the toughest phone they have ever come up with.

The phone comes with a 4.85mm thin 3D-welded aluminium alloy frame which is as sturdy as anything can get. Oppo revealed videos of the phone surviving a fruit cutting exercise, where the R5 was used as a knife to cut open watermelons. That might not be a big thing but the phone was also used a hammer to crack a walnut and smash a nail, all without any scratches or scuffs. The phone is definitely tougher than it looks (You obviously don’t expect a slim device to be that tough).

As far as specs are concerned, you get a Snapdragon 615, 2 GB RAM, and 16GB storage. Oppo R5 utilises a 13MP Sony camera with 4K and slow-motion video support. The built-in battery pack is non-removable and stands at 2,000mAh with support for VOOC quick charging.

So there you have it folks. These are tough smartphones can be a welcome addition to households with kids, and thanks to their durability, the investment you make in your phones will last longer.

Not to mention, add flip covers to your phones and screen protectors before you give your smartphones to your young kids.

This small investment is going to save you from big losses for sure.