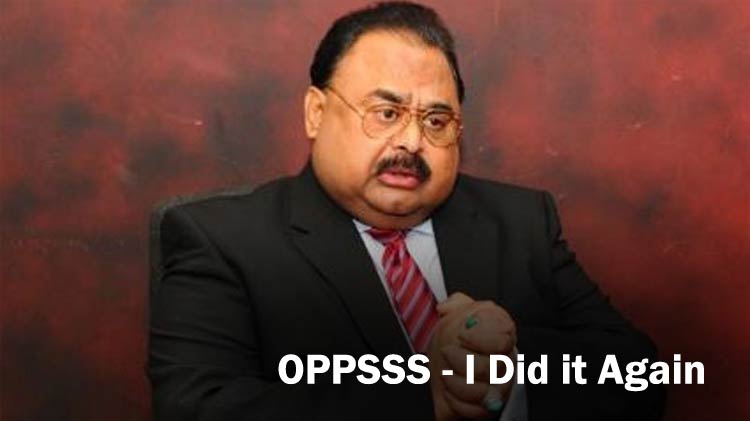 Yesterday, depending on which side you are on, Pakistani Twitter had a lot to say about a political crisis that was unfolding in Karachi.

Thankfully, there were those who also found the lighter side of things, since we already have angry TV anchors and ‘analysts’ giving us fiery accounts of the situation on the ground.

We’ve collected some of the best and hilarious responses to the MQM-Rangers fiasco yesterday. So if you are just looking for a laugh to lighten up your day, you’ve come to the right place.

The political actors had to choose this day to take the shine away from Pakistani cricket team achieving number 1 test ranking. Some saw it differently:

Thakur emerged as the power house

Some didn’t even spare Biryani of the Seas (BOTS):

BOTS is not Bori of the Seas. I knew he didn't mean it https://t.co/mys3YzBnel

Is Inam Ghar undergoing a rebranding:

This one is too meta to process: 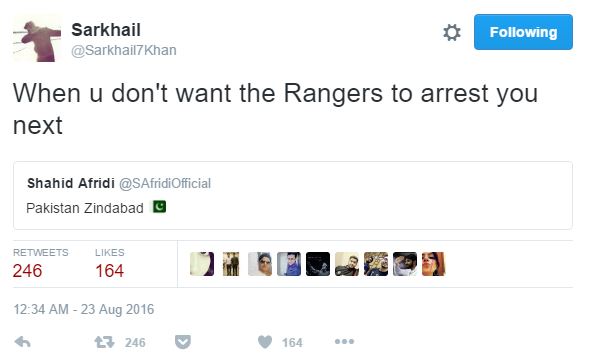 Is this an end to ‘Aaam Khayega Aam’?

Coming up on next season of Prison Break:

They even remind you of your young rebellious streak back in the day:

Yes, we still haven’t forgiven them for taking the shine off King Misbah’s achievement:

The meme that just refuses to die:

When you trying to catch a rare Pokemon pic.twitter.com/ScZaF0ZG9b

No wonder many Pakistanis were disappointed when Farooq Sattar didn’t appear for a presser!

One minute silence for those, who did not sleep last night to watch Dr Farooq Sattar's press conference.
LOL

Note: This post is not intended to offend anyone.