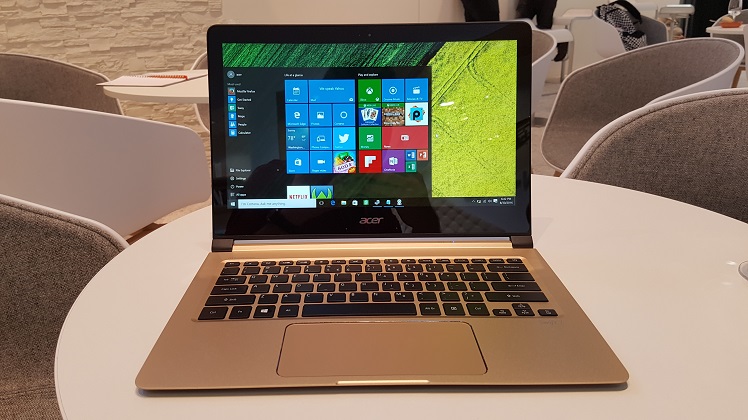 At the IFA 2016 event, Acer started off with a bang by introducing their thinnest laptop to date, the Acer Swift 7.

How thin you may ask? Just about 1 centimeter thin!

The Thinnest Laptop Out There

The laptop runs Windows 10 and is powered by the newest 7th generation Intel Core i5 processor. It measures 9.98 millimeter (0.39 inches), or just under a centimeter thick. 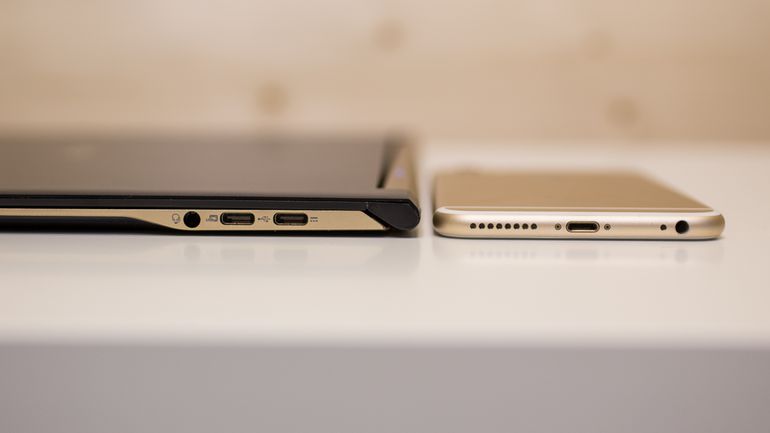 Despite being the thinnest laptop out there beating HP’s new Spectre laptop and the Macbook, remarkably, it doesn’t trade off accessibility for space. It has two USB type-C ports and a headphone jack. The battery lasts for 9 hours, owing its longevity to Intel’s more efficient processors.

The Intel Kaby lake chip inside the laptop does not require a fan and cools itself passively. There are in fact no fans on the laptop.

The Acer Swift 7 is made of unibody aluminium and is dark colored on the outside and gold colored from the inside.

It weighs in at 1.1KGs and is fairly light and easy to handle, as is expected from ultra thin notebooks. The touchpad on this laptop is huge though, much bigger than what most laptops have.