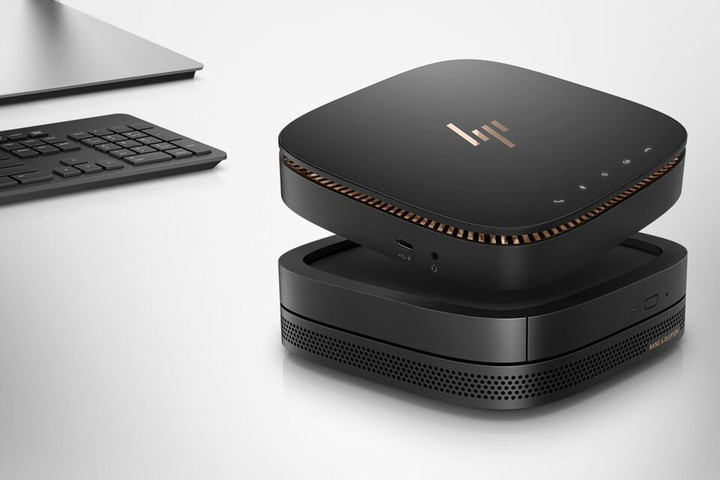 HP has released a modular PC that looks like a portable bluetooth speaker on the outside but offers desktop level performance on the inside.

With the Bang and Olufsen branding down below, it does seem like a speaker with a PC shoved inside.

Even though this is one of the first modular PCs made by HP, it wasn’t the first to come up with the idea of having modular components for your PC. That credit goes to Lenovo. Lenovo released the Thinkpad Stack last year but it wasnt a modular PC. It was just a set of magnetic accessories for your laptop.

HP’s Elite Slice is a standalone PC with modular components which attach to it to offer more capability.

The Elite Slice is primarily aimed at business and office usage, with the price and specs which match that.

It comes with a 6th generation Intel Core i7 processor and enterprise level security software. You can connect the Elite Slice with mice and keyboards with the ports provided. It houses two USB 3.1 type-C ports, two USB 2.0 ports, DisplayPort and HDMI ports. The base model also has a headphone/microphone jack with an Ethernet port, as well as an optional fingerprint sensor and dual microphones. 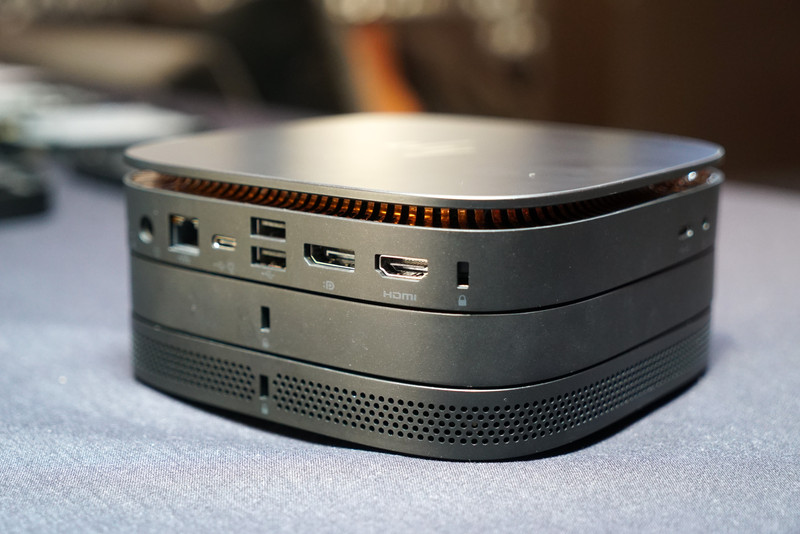 The modules connect to the Elite Slice through USB type-C ports at the bottom of every module, including the PC piece itself. HP calls these the “HP Slice Connector”. The modules will include an audio module including Bang and Olufsen enhancements, something called the “Collaboration Cover” and an optical disk drive.

The Collaboration Cover turns the Elite Slice into a Skype for Business phone. The Cover attaches on the top and has capacitive keys on the shell. Each Collaborative Cover can have its own skype number, allowing you to set up a phone without phone lines. The green call key initiates the call, as visible in the image below. 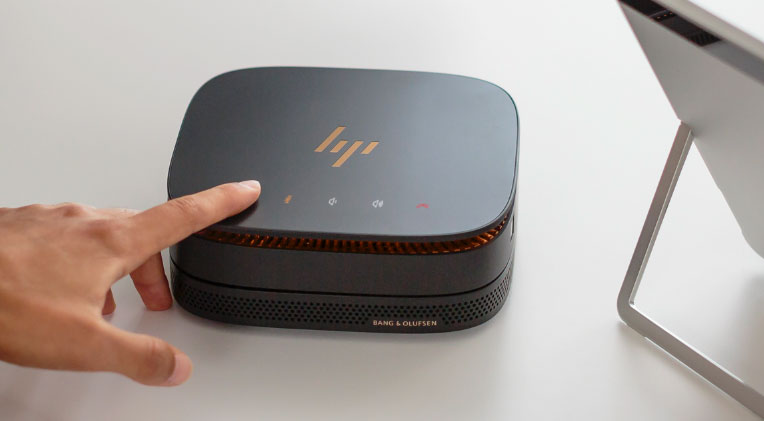 Initially HP Elite Slice costs $700 for the base model and weighs about 1 kilogram. HP will launch a wireless charging module in 2017 which will allow you to charge compatible devices by just placing them on top of the Slice.