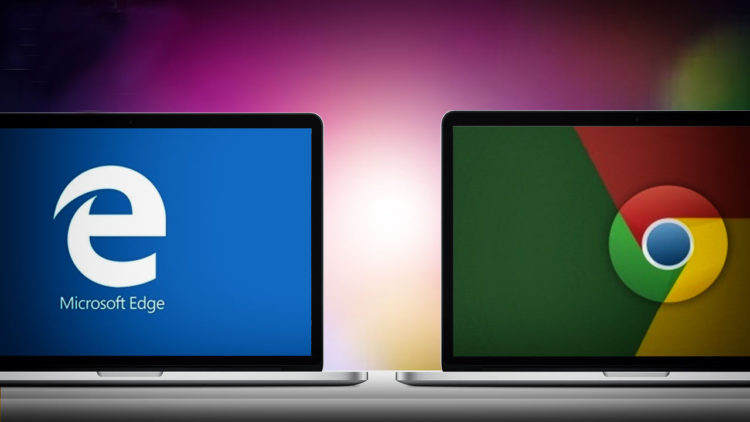 Google Chrome used to be a nice light weight browser in the early days. It offered a good alternative to Internet Explorer, which is still infamous for being the slowest browser ever.

Nowadays Chrome is one of the worst browsers for battery life on a laptop or a mobile device. People have also complained about it using too much resources on their devices causing other apps to slow down or crash. There is a sliver of hope however.

Back in June, Microsoft released a browser test video for their new Edge browser. It was possibly a reply to Opera’s claims that it is the most battery efficient browser out there with their new battery saving mode. Microsoft’s test compared how long each laptop lasted on a full battery while using a particular browser, i.e. Edge, Firefox, Chrome and Opera. They were tested by running videos and browsing through different websites. Here is the test:

To counter Microsoft’s argument, Google has released their own browser test comparing an older Chrome version with a new one. This doesn’t seem like a counter to Microsoft from Google to the untrained eye. The test was similarly done on surface books and was done to test battery life on both laptops.

Google wants to give the message that the Chrome browser has been improving battery life performance over the past year and it is now very good at power management while devices are unplugged. You can watch Google’s test below:

This is just Google’s way of saying that they have improved battery performance overall, which was the biggest issue with Chrome that people have, and are constantly working on improving it even further.

The interesting thing about both test videos is that both of the companies have employed a test that caters to their own browser’s strengths. In actual performance their may not be a difference as big as it is shown in the videos. When extensions are added and the number of tabs increase, all browsers perform differently. So far, Opera is the only browser with special battery prolonging features so others still have a lot to work and introduce power saving modes in their browsers.

Whatever the case, Google is taking a step in the right direction by optimizing Chrome for battery life with newer versions.