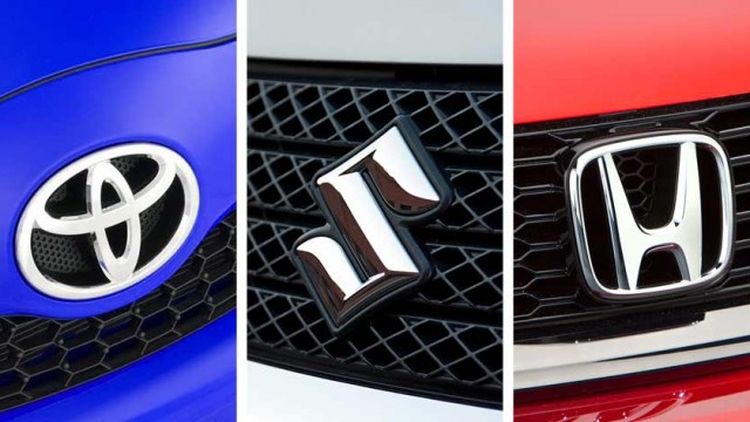 Pak Suzuki Motor and Indus Motor have legally challenged the new Auto Policy which undermines their dominance in the local market.

They are initiating court proceedings against the Auto Policy 2016, challenging the government to amend the policy in favor of them.

Critics have argued that the current 3 big auto companies in Pakistan, namely the local arms of Toyota, Suzuki and Honda, have enjoyed an oligopoly for two decades. This has led them to set exorbitantly high prices for cars, forego safety features that are standard in other countries, and even sub-standard builds for ‘premium’ vehicles.

The Competition Commission of Pakistan (CCP) alleges that the three Japanese automakers, enjoy a monopoly with the Pakistani market. Each of them focus on a different socio-economic client base, with Pak Suzuki catering to the lower end, and Toyota and Honda in charge of the middle and upper segments.

After much bickering, the government of Pakistan finally introduced the Automotive Development Policy 2016-2020 in March.

The policy offers relaxation to the new manufacturers in terms of taxes and tightens the quality assurance rules for the existing ones.

PM Nawaz has taken up on the initiative to attract more foreign investments as the country’s economy seems to be booming, with an expected growth rate of 4.5% for 2015-16 which is highest in eight years.

The latest policy allows new car assemblies to import machinery without having to concern themselves with taxation. New entrants, for five years, will have to pay only 10 percent import duty to acquire parts and accessories which are made outside of Pakistan whereas the existing manufacturers will continue to pay 30 percent.

If the blow to the existing assemblers wasn’t devastating enough, the government has demanded from them to install immobilizers and air bags in their models. They have also asked them to initiate recall systems in line with global practices.

Suzuki holds 50 percent of Pakistan’s market shares. In order to convince the government to revise their policy, Suzuki has offered to invest $460 million. This highlights the signs of sheer desperation to maintain their command on the Pakistani market.

The policy is said to attract European automakers so they can use Pakistan as an export base. Hasan Azhar, an analyst at Taurus Securities, a Karachi-based brokerage said:

“Pakistan’s domestic private auto market is not that big if we compare it with India or China.” He also added, “We are competing with countries like Thailand and Indonesia, who don’t have a huge domestic market but are major export bases.”

The counterargument presented by the existing assemblers is that the incentives offered only to the new entrants should also be offered to them as long as they continue to invest.

“We have always advocated a level playing field,” said Ali Asghar Jamali, chief operating officer of Indus. “Any investment in the sector is a welcoming sign for the country.”

The policy has already made its mark in Germany and Italy where Volkswagen and Fiat have shown interest respectively.

The statistics are that about 184,000 locally assembled cars were sold between July 2015 and April 2016 whereas some 53,600 refurbished units were imported from Japan. Total number of cars sold since 2015 are estimated around 275,000 by the experts.

One of the main reasons why companies like Suzuki are fighting tooth and nail against the new policy is because models such as Mehran have not been sold in Japan since late 1980s whereas in Pakistan, the demand for it is still there. H.M. Shahzad, the chairman of the All Pakistan Motor Dealers Association claimed, “There is no value for money.”

Taurus’ Azhar expressed his delight for the new policy but also claimed, “No foreign investor will take chances if we cannot guarantee them long-term stability.”