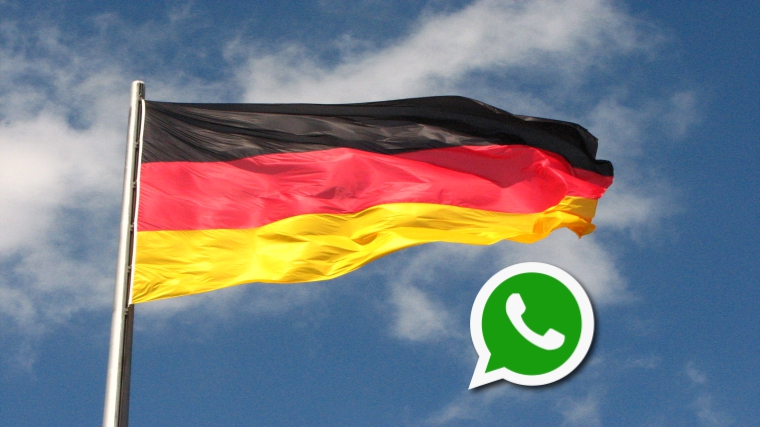 Facebook has been informed that it can no longer gather information of Whatsapp users in Germany after the company updated its terms last month to allow sharing of information with its parent company.

It was announced that Whatsapp could share user data with Facebook. This way, the company could use the data for its own purposes, be it for advertising or finding more information about the users themselves.

This development caused wide outrage. Ironically, Whatsapp previously promoted itself by saying that it ‘kept data private’ and ‘didn’t want to use its platform for ads’.

Germany has taken the initiative by opposing Facebook and its terms. The Hamburg data protection commissioner has officially issued a ban on Facebook from sharing information with Whatsapp across Germany.

The order “prohibits Facebook with immediate effect to collect and store data of German WhatsApp users”, according to a statement from the watchdog. “Facebook has also been ordered to delete all data that has already been forwarded by WhatsApp,” it said.

“This administrative order protects the data of about 35 million WhatsApp users in Germany,” said Johannes Caspar, the Hamburg commissioner for data protection and freedom of information, in a statement.

“It has to be their decision, whether they want to connect their account with Facebook. Therefore, Facebook has to ask for their permission in advance. This has not happened.”

What About The Other Countries?

The European Court of Justice has said that international companies must comply with national data protection laws if they aim to process information within those countries.

Along with European court of Justice, US Federal Trade Commission has also given a warning to Whatsapp and Facebook for violating its guidance with the change in agreement.

Elizabeth Denham, the UK commissioner, said at the time of the changes: “Organisations do not need to get prior approval from the ICO to change their approaches, but they do need to stay within data protection laws. We are looking into this.”

“Facebook complies with EU data protection law. We will work with the Hamburg DPA in an effort to address their questions and resolve any concerns.”

Facebook claims that the changes were made merely to put the users of Whatsapp and Facebook in touch with relevant businesses to improve user experience, fight spam and refine friend recommendations.

The spokesman also highlighted Whatsapp’s end-to-end encrypted message policy. Neither Whatsapp, nor Facebook can read contents of the user’s messages.

However, Whatsapp can identify which user is in contact with which user and for how long along alongside the type of the phone and system they are using.