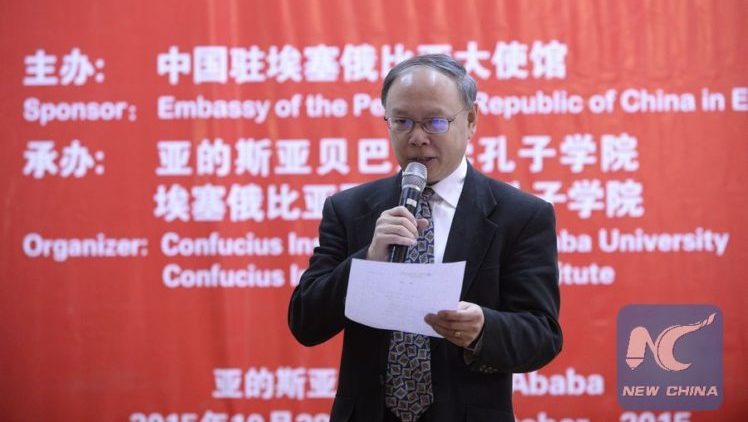 National University of Modern Languages’ (NUML) Confucius Institute has been ranked the best in the world when it comes to linguistics, especially Chinese.

Best In the World for Teaching Chinese

The news about the ranking was relayed by the new Chinese Cultural Counsellor You Yi. He said that NUML, Islamabad’s Confucius Institute is ranked the highest in the world when compared with other Confucius institutes established in various countries.

In a statement he gave on Monday, he added that:

It is providing training facilities not only to students but also to teachers in Chinese language proficiency by offering a galaxy of courses from basic business level to PhD level using multimedia, internet and latest techniques added with high level of Trained Chinese Instructors and Pakistani Teachers

The Confucius institute was established in April 2005 to foster Pak-China friendship. It came into being due to a collaboration between Chinese Language Council International (Hanban), Beijing Language and Culture University and NUML.

The envoy from China said that language is an instrument that will be key towards building a long lasting relationship between the two countries. After the China Pakistan Economic Corridor was launched, NUML’s Confucius institute’s importance has increased manifold.

According to Counsellor You Yi, to mark the 67th anniversary of founding of People’s Republic of China, Chinese Cultural Office Islamabad will be organizing several events through NUML’s Confucius Institute. They will include a Chinese language competition, cultural shows, exhibitions of Chinese calligraphy, donations to books and Chinese paintings.

For further strengthening the NUML Confucius Institute, more Cultural Scholarships will be offered to Pakistani students in various subjects and disciplines, according to promises made by Counsellor You Yi.