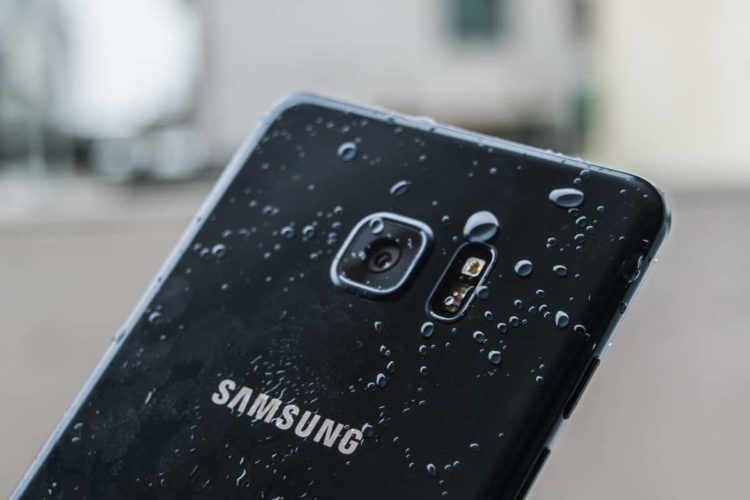 We aren’t exactly hearing the barrage of Galaxy S7 leaks just yet, but if there’s a feature we would want to see, its this one. Developed in co-operation with the US Dept. of Energy’s Oak Ridge Laboratory, Samsung has developed a water-repellent coating that it plans to implement in products.

It has dubbed the tech as “superhydrophobic glass coating”, which is exactly what it is. It is made by depositing a thin glass film on a glass surface. The material is then heated which results in a two-material composition which obtains the desired effect.

It will also allow you to use your phone out in the rain. For now, Samsung’s phones are waterproof at best but when combined with this coating will open up the potential for some great rugged phones.

Most phones currently come with an oleophobic coating which resists oil and fingerprints (in theory). However, the difference would be more prominent in this instance.

The coating will have countless uses, ranging from Smartphones and tablets to home appliances such as washing machines and refrigerators. However, Samsung has only licensed it for use in the former two.

While it may not be completely realistic to expect the technology in the upcoming Galaxy S8, the Galaxy Note 8 could be where it debuts, with the potential to win audience on its own.