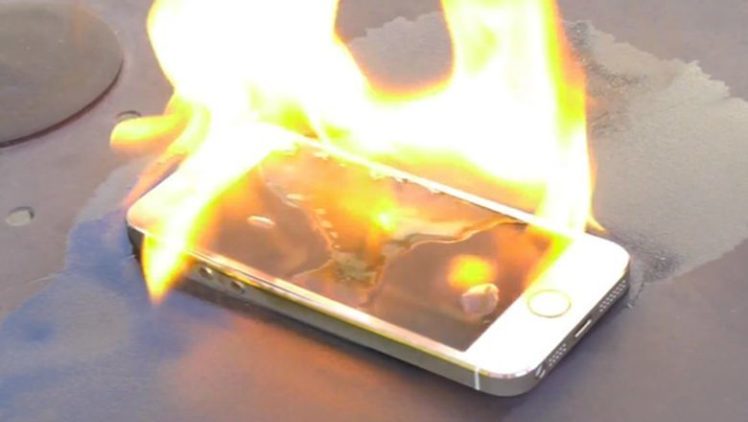 Right on the heels of the Note 7 battery fiasco, the iPhone is also seeing explosion reports.

The most recent report of an iPhone exploding was from New Jersey, United States. A student from Rowan College in Burlington County, New Jersey had his iPhone 6 Plus explode in the middle of the class.

I felt this crazy, hot burning in my leg. Right as class was starting, my phone started smoking in my pocket. It was a fire.

Darin fished the phone out of his pocket and threw it on the ground, where it caught fire. He kicked the phone to stop the fire, by the time public safety officials arrived the fire was already out.

He explains that the phone’s battery was drained and it wasn’t plugged in when it caught fire. Apple declined to comment on the situation, but they will be investigating the problem.

Another iPhone user from New Zealand had his phone explode just a few inches away from his baby. Jackie Liang from Mission Bay, Auckland says that he left his phone charging on the sidetable at night and was woken up at 4am because of the smell.

The phone caught fire and exploded shortly after that. He warned other iPhone users to be wary of not charging their phones overnight.

Meanwhile a reddit user going by the handle of kroopthesnoop shared pictures of an iPhone 7 that arrived faulty. They said that their coworker ordered the iPhone 7 plus and was very excited to get the new phone. But the condition of the phone on its arrival was best described as miserable. You can see for it yourself below: 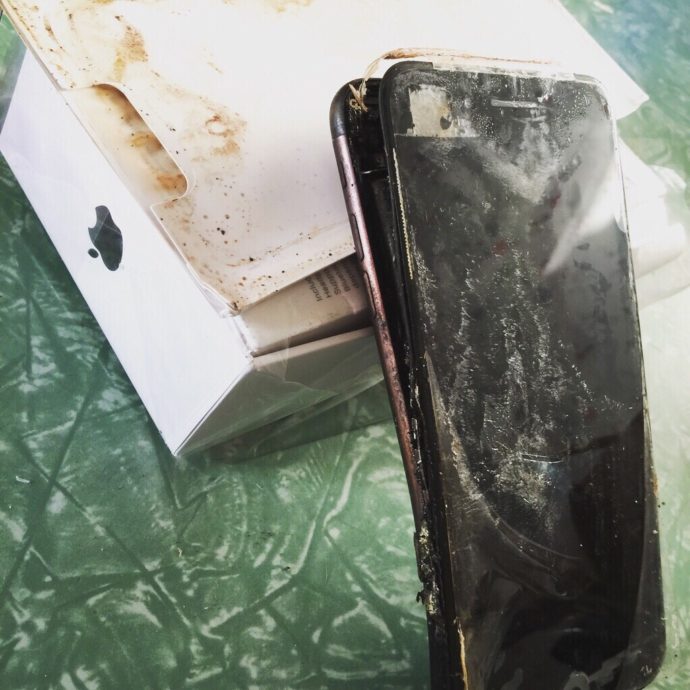 The person who received it says that this is the condition it arrived in. Meaning this accident happened during transit from factory to their house. Reports suggest that the phone’s battery caught fire during transit while the phone wasn’t even being used. Apple reached out to the phone owner and will replace the phone for them. Thankfully the situation is resolved for now.

More explosions in the future?

Are we going to see exploding iPhone 7’s in the future? Who knows, this looks like an isolated incident and not exactly a battery explosion (bursting into flames). This probably looks like something was inserted into the box which probably damaged the phone. For now get your pending Note 7’s replaced and hope that the iPhone 7 does not follow suit.