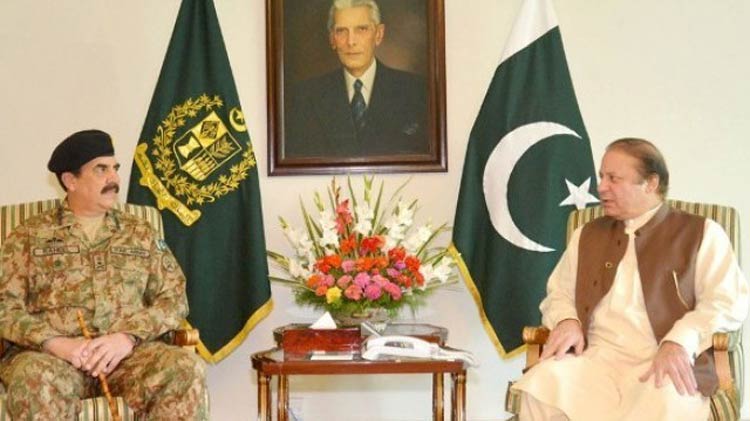 While we don’t deal with political stuff, as such, but this past week’s story by Cyril Almeida in Dawn newspaper has gained a lot of traction. As a blogger, I have been asked about my stance on how correct the report was, academically, technically and journalistically as well.

Is it safe to report on sensitive matters without naming anyone? What will happen if all the parties — mentioned in Cyril Almeida’s report — deny the news, what could be the legal outcome if any action is taken against Cyril Almeida or Dawn News, are some of the questions that many are asking me.

At a time when blogging and digital reporting in Pakistan have been on the rise — with literally no training on how to prepare news items — we believe that a dissection of Cyril Almeida’s report will serve as a lesson for many of us.

After consulting with top editors and reporters of the country, below is what they had to say about what a “News Report” is, “how it’s prepared” and “Where does Cyril Almeida’s News Report Stand Academically”.

So let’s see what’s a News report is, how it’s different from opinion items and what ingredients are necessary for a proper news report.

What is a News Report?

While this is very basic stuff, let’s write it down for the sake of completeness: A news item has to be an exact recollection of facts — spoken or written — with figures, facts and incidents in exactly the form they took place.

In a news item, unlike in opinion pieces, reporters can’t opine their thoughts about the incident. They just state facts, figures and report the incident exactly as it had happened, without including their feelings, thoughts and commentary about the event.

So technically speaking, if you are reporting a cricket match, you can’t say “Pakistan played very well”, or “Pooray Pakistan ko mubarak ho“, instead you should just state that Pakistan won the match by this much wickets or runs etc.

So basically, you just need to state facts and this is why news items are supposed to be brief, to the point and very valid in what they are saying.

How is a News Item Prepared?

You need to ask for info from people who are aware of the developments. You can either include the names — who gave you the info — or don’t, depending on how comfortable your sources are at being named in the story.

Then you must speak with the parties involved in the news story. Sources — mentioned above — could be different from parties involved, and hence viewpoint of those whom you are reporting about must be included.

I get a call from a friend, telling me that Telenor’s 4G network is available in Islamabad. I will at once verify the info to make sure that whatever I am writing is correct or not.

Once I am certain — after verifying with at least two more sources — that the initial information I had received was correct, I will call up Telenor Pakistan to see what they have to say about the availability of 4G network in Islamabad.

Not to mention, Telenor Pakistan will have the right to comment or simply avoid commenting on the matter.

Once I will have the response from Telenor (concerned party) or otherwise a denial for comment, here’s how I will prepare a story:

So we either name the source, or we don’t but we must speak with the parties concerned and get their viewpoint.

Not to mention, some news reports are time sensitive and while concerned parties take time in responding, reporters can always clearly communicate a deadline to the parties and tell them that they won’t wait after a certain deadline.

In such cases, reporters mention something like this in their reports:

What Happens if Telenor isn’t Happy About the Report

If I had asked Telenor about their viewpoint and if it’s included in my report then chances are that Telenor won’t have any issues with the report.

But let’s assume that Telenor objects over my report and maintains that no 4G network is available in Islamabad (considering I didn’t ask for their viewpoint in the first place).

Telenor will contact me — asking me to correct the info with “There’s no 4G network available in Islamabad”.

I will have two options in such a case:

In such a case, Telenor can pursue legal action against me in a court of law, where I will have to prove my news report.

This is exactly why reporters drop tons of news tips that pop up everyday. Since they are unverifiable, or don’t come with solid proofs, reporters simply discard such news tips.

When a reporter is tipped with certain information, he’s at once put on test to judge if this news tip is verifiable or not. He speaks with people, visits places to get all possible evidences. If findings are solid, and verifiable, he goes ahead and files the report.

Then there are reliable sources, sources whom you can trust with your life. Any thing they say is as good as you seeing the documentary evidence yourself (even when you haven’t), then you judge the possible outcomes.

If story is sensitive and is potentially going to result a legal outcome, then it is advised to not to run the story without documentary proofs.

But if it’s not a sensitive matter, or is not going to negatively impact anyone, then you can go ahead and trust your (reliable) sources, hoping that you won’t be asked for evidence in a court to prove your report.

What’s More Important in a News Report than Sources or Even the Viewpoint of Parties?

Even if your news report has all the ingredients, i.e. sources (named or otherwise), viewpoint of all concerned parties, you must be sure about what you are writing about.

A news report has to be factually valid, because you are ultimately going to be the responsible if it’s not.

Even if you include all the sources, or even the responses from parties, your news story won’t be of any good if its not based on facts or if it’s just half truths.

What’s missing in the report:

So technically, this report has a lot of missing ingredients in it. And since everyone involved in the story — both civilians and Military — have rejected the story, Dawn’s report doesn’t stand a chance.

Dawn, on the other hand, claims that the information it published was verified, cross-checked and fact-checked.

We hope they did and obtained documentary proofs (such as a signed copy of meeting minutes) because if there’s litigation involved, Dawn will have to provide evidence that the information provided in the report was correct.

And since everyone is rejecting it — at least on the record — there’s no way for Cyril Almeida or Dawn’s editor to prove the facts and hence they may face legal action, if the aggrieved parties pursue it.

While we aren’t judging for now if Cyril Almeida’s report carries such important information that it can be termed as a risk to national security or not, let’s recall this case of Judith Miller, a New York Times reporter, who was sent to jail after a judge declared that she was “defying the law” by not revealing the name of a source who had disclosed the info on a covert operative of the Central Intelligence Agency.

In such a scenario, the source will become criminal and Cyril Almeida will have to reveal the source or go to jail for protecting a criminal.

This is why, there’s serious caution advised when reporting topics are related to national interest, national security, blasphemy and other sensitive matters.

Is it Okay to Write Against Armed Forces?

Here’s the relation section 19 of Constitution of Pakistan:

Every citizen shall have the right to freedom of speech and expression, and there shall be freedom of the press, subject to any reasonable restrictions imposed by law in the interest of the glory of Islam or the integrity, security or defence of Pakistan or any part thereof, friendly relations with foreign States, public order, decency or morality, or in relation to contempt of court, [commission of] or incitement to an offence.

So what Cyril Almeida did, if it is proved in court that it was against Armed Forces, may go against defined rule book and ultimately against the gentleman and the media house.

Technically speaking, there could be following potential problems with the story: