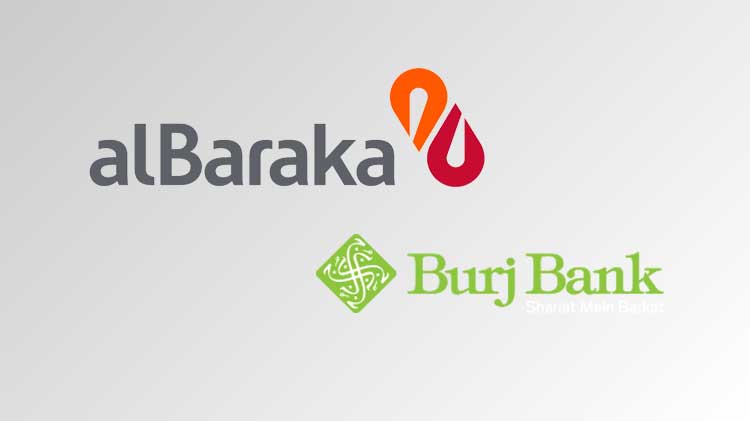 Accordingly, Burj Bank assets and operations are being converted to merge with Al Baraka Bank. The move is expected to be effectively consolidated starting November 01, 2016. Burj Bank assets include 74 branches and Rs 20 billion plus deposits, besides its customers and employees.

After acquisition of Burj Bank, Al Baraka Bank will now have 224 branches in 100 cities of Pakistan with deposits value exceeding to over Rs 110 billion.

Al Baraka Bank’s paid-up capital has been increased to Rs 12 billion from Rs 8 billion whereas it has absorbed Burj Bank liabilities of Rs 25 billion and losses of nearly Rs 450 million in future.

In April 2016, Bank Al Baraka was granted permission to conduct due diligence of Burj Bank. Besides, Bank of Khyber and Summit Bank also expressed their intention to acquire the smallest full-fledged Islamic bank in Pakistan.

In August 2016, Bank Al Baraka concluded due diligence and subsequently entered into negotiations with the management of Burj Bank on sale purchase deal. The parties eventually reached an agreement between them for the acquisition.

Not to be mentioned, both National Bank of Pakistan (NBP) and MCB Bank tried to acquire Burj Bank back in 2014 and 2015 but in both instances, they remained unsuccessful.

Burj Bank Limited was rebranded from Dawood Islamic Bank Limited (DIBL), which was set up as Pakistan’s sixth full-fledged Islamic commercial bank in 2007.

The bank was the result of an initiative of the First Dawood Group, with the Islamic Corporation for the Development of the Private Sector (ICD) in Jeddah, Unicorn Investment Bank in Bahrain, Al Safat Investment Company in Kuwait, Gargash Enterprises (LLC) in Dubai, the Singapore-based entrepreneur Azam Essof Kolia and Shaikh Abdullah Mohammad Al-Romaizan, an entrepreneur from the Kingdom of Saudi Arabia.

In July 2011, the bank was renamed Burj Bank Ltd. Being a smallest bank, it faced financial issues such as meeting requirement of paid-up capital. Its loss after taxes stood at Rs 292 million by the end of half year of 2016.

Burj Bank car financing product Carsaaz is one of the most popular in the banking industry.

The merger, a first in the Islamic Banking sector in Pakistan, positions Al Baraka for an important role in growing an industry which has witnessed tremendous growth over the last 12 years.

The bank’s balance sheet is positive, showing a profit of Rs 125 million by the end of half year of 2016.