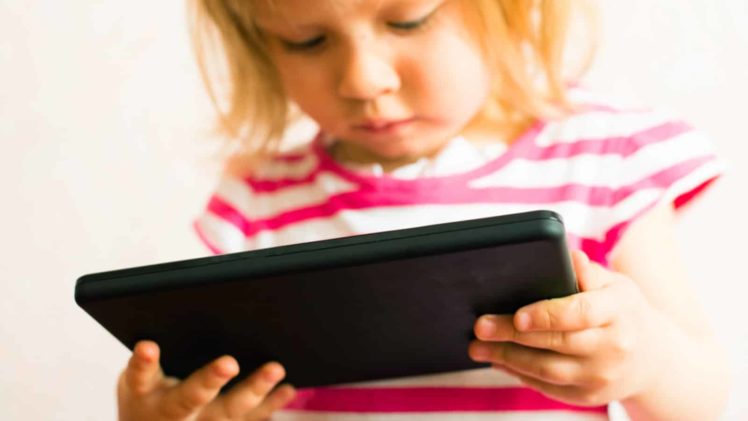 Tech-addiction is a very real thing. It affects a lot of people across the world and many studies have been conducted on it.

Nowadays many parents expose their kids to these handheld gizmos, unaware that this may have untold consequences on their children’s psychology down the road.

We take a look at how serious it is.

The problem is that majority of the tech-addicts are children. Nowadays parents get their child a smartphone/tablet from a very early age. Having 5 year olds sitting somewhere glued to the screen with no interaction with the world around them is worrying.

Is Tech addiction the same as Cocaine addiction?

You might have observed this in today’s children (and in some adults too). When you try to take away their gadgets they throw temper tantrums which are sometimes so severe you have no choice but to give them back what they want.

This behavior is what makes it so similar to being addicted to drugs.

Speaking of drugs, a study using brain images revealed that tech addiction affects your brain’s frontal cortex (the part that lets you control what you do, including impulse control) the same way as cocaine does.

In other words, your brain on tech is the same as your brain on drugs. However it should be noted that “tech-addiction” is the cause for this, not just using technology normally and as needed.

How to Avoid it

It is a very real problem that affects children in this day and age and care should be taken to avoid giving your child too much screen time.

Like for any other sort of addiction, prevention is better than the cure. Do not let your kids become addicted in the first place so you won’t have to deal with this problem in the future.

For kids around the age of 5-6 years you should not get them any smartphones/tablets at all. For children around 8 years old, talking to them about the problem should help. They will question the reason why you don’t let them use it that often. You need to explain the problems it causes for them.

While at it do not enforce a strict “no screen” ban on them. Ask them to limit their time on Smartphones and instead focus on more productive and helpful activities.

Read books, explore nature, experiment with science, there is a lot to do in place of using your smartphone to watch YouTube videos.

Did You Know Steve Jobs was a Low-tech Parent?

Examples work very well in this case. A lot of major names in tech world like Steve Jobs or Google founders Larry Page and Sergey Brin are surprisingly low-tech parents. They even enrol their children in low-tech or ordinary schools just so they can limit their exposure to bright screens. Some of them have made a rule like ‘no mobiles at dinner’ where no one is allowed to use their gadgets while having dinner or lunch.

The best way for curbing tech addiction? You yourself should be an example for your children. They imitate what their parents do and when they see you distracted by your phone or watching TV they will do the same thing.

The Cause for this Problem

Kids are more prone to addictive behavior if they are alone, don’t have anything to do or are generally bored. US-based Dr. Nicholas has experience with treating cases of tech addiction. This is what he thinks is at the core of how kids seek refuge in the digital world:

… to help kids to connect to meaningful real-life experiences and flesh-and-blood relationships. The engaged child tethered to creative activities and connected to his or her family is less likely to escape into the digital fantasy world

Summing all of this up, its a good idea to keep an eye on your children’s tech usage. Talk with them and limit their usage if they are the right age. For younger kids don’t let them use the gadgets in the first place.