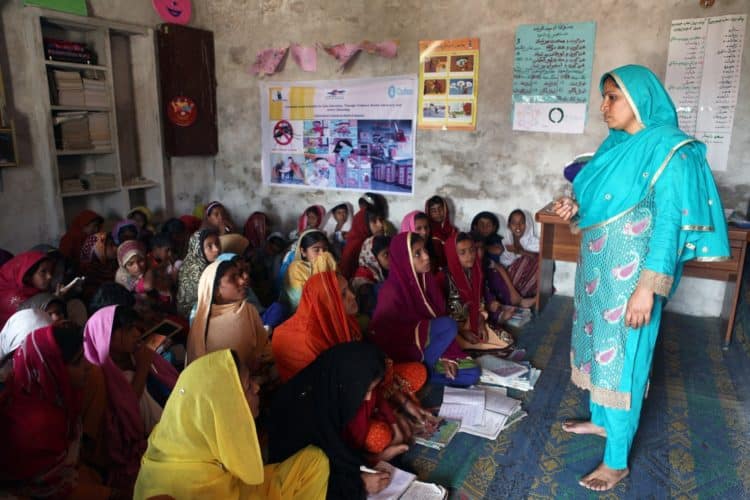 Education is one of the benchmarks which directly affects a country’s development and prosperity. Eliminating the illiterate population by educating them not only equips them with knowledge but also proves as an engine which helps in accelerating the economic growth.

However, in Pakistan, under different rulers, the Pakistan’s education system has not improved drastically. As we reported earlier, State Bank of Pakistan’s report on education highlighted that since governments do not find education area as a profitable sector, they don’t invest in it.

However, improvements at the microscopic level are being made, such as the deployment of the Automated Management System (AMS) that tracks teacher attendance in schools automatically. The system is biometric and tamper-proof, meaning that teachers cannot rely on traditionally dishonest practices to mark their attendance.

Department of Elementary and Secondary Education Government Khyber Pakhtunkhwa announced that they will also be automating the system for teacher attendance with AMS.

It was revealed that 5936 teachers in various schools were found absent whereas the Education Ministry decided to hold the wages of 1085 teachers who are being considered as fugitives, back in the month May.

It highlights the need for a better system which holds teachers accountable for their actions. The biometric automation system cannot be altered or bluffed.

Curbing teacher absenteeism in schools  can go a long way in combating corruption in the education sector. It is a much needed initiative which will go a long way in helping the youth of the country. Education is in desperate need for attention, especially in Pakistan.

We’ve asked the comcerned officials at @EducationKP for more information regarding this, and will update the story subsequently.